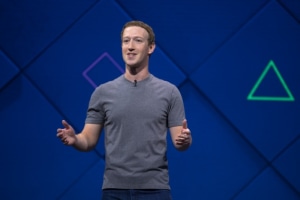 Australian mining billionaire Twiggy (Andrew) Forrest has added pressure on Facebook, urging it to crack down on false or misleading advertising.

Forrest, whose image has been used on Facebook without permission in cryptocurrency scams, has written a letter to Facebook CEO Mark Zuckerberg demanding more action to stop the scams.

“This is abhorrent and you can stop it,” he says in the letter.

“You have the power and the technology to prevent these scam advertisements from running on your platform. Is revenue more important to you than the life savings of elderly people, Mr Zuckerberg?”

Forrest went on to accuse Zuckerberg of “facilitating scams” by allowing the ads to run on the platform, and called for lawmakers to intervene.

“As your socially reprehensible recalcitrance has continued, a concerted international effort is required to secure independent oversight and accountability for Facebook’s operations.

“I am therefore calling on governments around the world to update their regulatory and legislative frameworks to ensure society is protected from the harm Facebook facilitates by allowing scammers to advertise on its platform.”

Scams including the use of Forrest’s name and image have reportedly scammed one women more than $600,000. Other high-profile names have also been used in similar schemes, including former NSW Premier Mike Baird, and now chief customer officer at NAB, who backed Forrest’s calls in a statement this morning.

The letter from Forrest adds to pressure on the social media giant to crack down on false or misleading ads, which have ramped up after Zuckerberg revealed the platform will allow false political advertising ahead of next year’s US presidential election.

A Facebook spokesperson says it doesn’t allow scams and takes “swift” action to remove them.

“These scammers use sophisticated cloaking technology to mask content so that it shows different versions to our ad review systems than it does to people,” a spokesperson says.

“This is a clear violation of our policies as ads must not use tactics intended to circumvent our ad review process or other enforcement systems.”