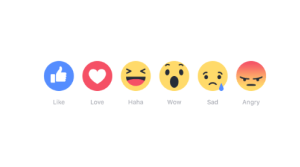 Facebook has beat revenue expectations, posting a year-on-year increase of 28% in the third quarter.

The social media giant made $17.4 billion in advertising revenue last quarter, compared to $13.5 billion during the same period a year ago.

Daily active users were up 9% year-on-year, at 1.62 billion on average for September.

During a call to investors, CEO Mark Zuckerberg noted the strong results for the business, which owns Instagram and Whatsapp, but highlighted political tensions as a challenge for the company.

"We had a good quarter and our community and business continue to grow," Zuckerberg says.

"We are focused on making progress on major social issues and building new experiences that improve people's lives around the world."

The latest controversy surrounding Facebook is its decision to allow false political advertising on its platform ahead of the 2020 US elections, with Zuckerberg noting political ads make 0.05% of its revenue.

The platform has also been ramping up its investment in mobile advertising, launching more interactive ads across Instagram and Facebook. Its efforts have led to mobile advertising increasing its share of revenue to 94%, up from 92% last year.

However, its mobile share has plateaued to 27.1% of the $241 billion global ad market, according to Emarketer.

“Advertisers continue to support Facebook, despite the many controversies swirling around the company, and the user base also continues to expand around the world,” Williamson says.

“Yes, Facebook has a lot of challenges it must deal with, but increasing its revenue and user count isn’t one of them."