How Labor lost the federal election on the digital advertising battlefield 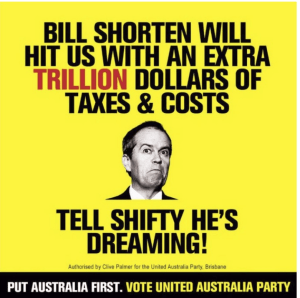 A lack of digital literacy within Labor’s senior ranks contributed to a lack of strategy in its advertising campaign at the last federal election, says a review.

The investigation into why the ALP lost the election, by former federal minister Craig Emerson and former South Australia premier Jay Weatherill, shows Labor entered the 2019 campaign with confidence in its ability to communicate with voters through paid media strategies.

Labor felt it had won the key arguments during the 2018 by-elections and believed sharper advertising played a role in those victories.

“This confidence did not survive contact with the political enemy,” says the campaign review.

“Labor had not settled on a clear strategy for winning the election.

“Labor’s advertising strategy pursued multiple objectives at once and its negative message shifted over the course of the campaign from ‘fairness versus cuts’ towards ‘chaos and dysfunction’. This substantially diluted the impact of Labor’s advertising.”

The 2019 federal election was billed as the first in Australia where more would be spent on digital advertising than traditional media.

And Labor didn’t perform compared to the Liberal Party. And the big X factor was Clive Palmer’s massive spend on advertising which shrunk the ALP’s voice.

“Critically, the deterioration in Labor’s digital offering occurred at an election where the Liberal Party dramatically lifted its game,” says the review.

Much of that failure points to a lack of digital literacy and despite a 160% increase in the digital advertising budget..

“Few, if any, party officials have genuine expertise in how digital platforms work and how progressive organisations can make the most of the opportunities they offer,” says the review.

“Labor employs very few digital specialists and often the default position is to define digital as the responsibility for managing some social media accounts and to allocate this to relatively junior staff and officials.

“This points to the need for a change in Labor’s campaign culture and how it thinks about digital, rather than simply an increase in investment.

“The party that develops a genuine digital-first culture will have a big advantage in the next campaign.”

Clive Palmer’s United Australia Party huge spending -- about the same as Labor and the Coalition combined -- crowded Labor out in broadcast and digital media markets.\

In the final stages of the campaign, Palmer’s expenditure directly backed the Coalition’s anti-Labor messages.

“Almost all digital advertising is allocated through auction systems,” says the review. “Prices automatically increase if there is more competition.

“In addition to his television and outdoor expenditure, Palmer spent an unprecedented amount on digital media. This significantly pushed up the prices Labor paid for online advertising and limited the paid reach Labor’s advertisements were able to achieve as they were competing for the same audience as the United Australia Party.”

The digital team was not empowered to lead the functions they managed. Instead, digital was treated as a means to amplify the content, priorities and activities of other parts of the campaign.

The 2019 election also marked the arrival of online disinformation as a decisive factor.

The review says the speed with which the “death tax” deception spread on Facebook and Messenger, the rebound effect of Labor’s attempted rebuttals, and the ease with which the Liberal Party took advantage, are warning signs for everyone in the Australian political system.

However, the impact of this expenditure was diluted by the campaign’s fragmented messages and the disconnect between the policy agenda that dominated the daily activities of the frontbench and the themes of the advertising program.