Retail brands, TV shows and musicians appear to have been worst hit by Facebook’s moves to delete inactive accounts, according to a quarterly report produced by social analytics firm Online Circle looking at how different categories and individual brands were impacted by this change.

Newspapers and Magazines were the least hit – and in fact over the same period have increased their fans both by number and by level of engagement.

Radio remains the most engaged category with on-air talent attracting more interaction than other categories. It is followed by newspapers and magazines, then TV shows. 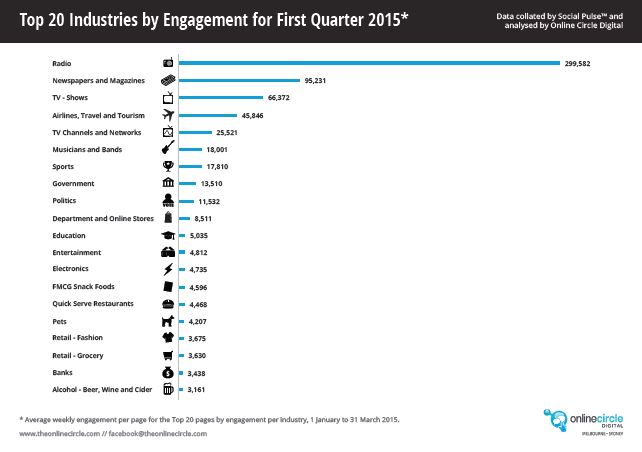 It highlights how much of Facebook's traffic and audience interaction is driven by content producers and publishers such as magazines and TV networks media outlets providing their content on the platforms.

Of the top 30 Facebook pages by engagement, 26 are those owned by media networks – either radio stations or magazines or news producers. It's a similar tale for the top 30 pages by fan numbers. Brands only account for a handful of the top 30 while on-air talent, TV shows, magazines and news outlets top the list.

Radio and magazines also make up the two highest growth in terms of fan numbers during the period. 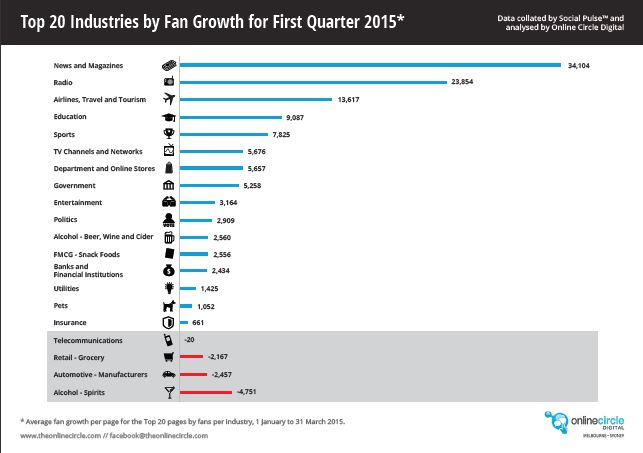 In automotive, Holden saw a 4.61% drop in fans during Q1 and but still holds the greatest share of engagement. 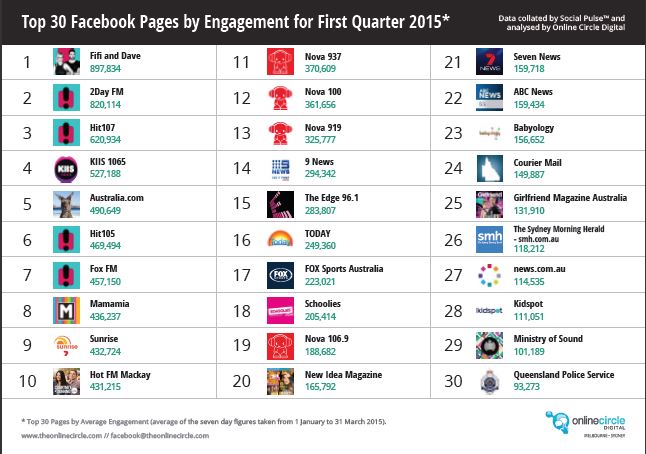 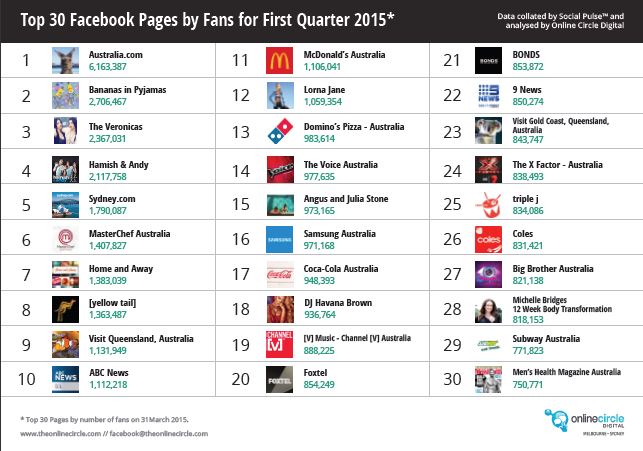