Nabo: We'll be as big as Facebook and LinkedIn 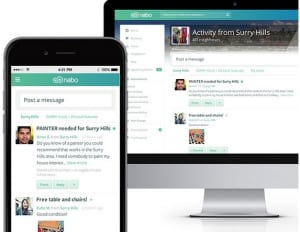 Nascent hyperlocal social media network Nabo is pitching itself as a competitor to Facebook and LinkedIn, and is hoping the support of heavyweight backers will help get it there.

Last month the site appointed ex-Gumtree marketer Nat Thomas to head up its marketing push. Thomas told AdNews he would oversee an above-the-line push to help grow awareness of the brand.

“Right now we're in that awareness phase where we want to grow that, and we see above the line as the best mechanism to do that,” Thomas said.

The goal with the push is to be live in every suburb in Australia by the end of the year, and Thomas said Nabo would be able to credibly pitch itself as filling a social media gap.

“If you play it forward five years, there's no reason the majority of Australians wouldn't be using Nabo.”

He said that he will be broadly adopting the strategy he was a part of at Gumtree in 2010.

“At Gumtree there were some very obviousy day-to-day applications for that site. The marketing was about communicating those to the broader public with a lot of above-the-line, TV and also through PR,” Thomas said.

“Once people got what the proposition was, we then had a strong below-the-line component which was mostly paid search and other forms of digital advertising. In some ways, the opportunity for Nabo is to perform a similar strategy.”

Nabo's above-the-line push, however, will be on an accelerated growth path due to one of its major investors.

Media giant Seven West Media (SWM) is one of the two major backers of Nabo, along with Westpac Bank's venture capital fund, Reinventure.

TV ads for Nabo have already appeared on the Seven network, and it is currently talking with the network on product integration opportunities.

“Seven West is clearly going to be a very strong potential partner with above-the-line advertising across TV, print, and online,” Thomas said.

A degree of mystery still surrounds exactly why behemoths Seven West and Westpac are investing in a social media network, but Thomas provided a clue.

“We're going to have a highly segmentable database of users, which will have a myriad of possibilities for our partners in both SWM and Westpac, along with many other local businesses,” Thomas said.

“So, in terms of the future opportunities, that probably spells it out”.

On the Seven West side, Thomas said Nabo may be used as a platform to execute hyperlocal strategies.

“I think it's really interesting in that a lot of big publishers recognise the need to refocus their local strategy,” Thomas said. “Nobody's really cracked that, but I think that's how Nabo can play into it, in that as Nabo grows, it becomes a credible player in the local marketplace.”

Meanwhile for Westpac, Nabo could become a marketing vehicle.

“Westpac obviously has a huge user base, and we know that when people move to a new home, that's when they want information about their neighbourhood,” Thomas said.

“So there's opportunities for us to work together in home marketing partnerships to various different segments.”