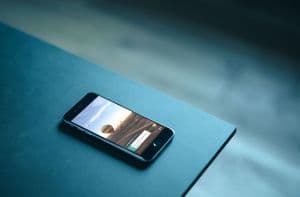 Twitter's live streaming app Periscope has been described as the “wild wild west” as the social network tries to work out the best way to control licensed content being streamed via the app.

Speaking at the CeBIT technology conference this week Shana Allen, sales director for Twitter Australia, said: “It's the wild wild west right now I would say.”

Twitter recently came under fire in the US for users of Periscope illegally streaming the boxing fight between Mayweather v Pacquiao, which if users wanted to pay-to-stream were charged USD$89.95.

Speaking on the use of Periscope to stream the “fight of the century”, Allen said: “Periscope is a really exciting and interesting platform. Obviously with live streaming there is that opportunity for things to be broadcast that users don't have the rights for, at the moment it's a bit more policed by other users, and the team monitor at Periscope as well.

During its Q1 results call Twitter announced that since the app launched more than a million people have logged on to give it a go.

Despite the strong showing from the app, Twitter’s managing director of global brand and agency strategy, Jean-Philippe Maheu, previously told AdNews that with Periscope being such a new offering by the social network, there are no current plans to monetise the service.