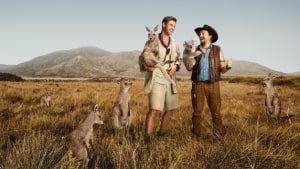 Tourism Australia (TA) is on the hunt for a new creative agency, tasked with re-evaluating its long-standing 'There's Nothing Like Australia' platform.

The agency currently works with Clemenger Sydney, which won the account in 2013.

A tender notice from the government body stated that the key objective for the successful agency would be to “develop a compelling and differentiated brand positioning to attract high value travellers.”

The creative platform itself is required to "shock and excite travellers and the tourism" industry, while also inspiring better marketing opportunities with other key partners, including airline and distributors.

“The successful brand and creative agency will understand the challenges and opportunities inherent in the tourism category, specifically that there tends to be a distinct lack of variety in travel marketing communications,” the statement read.

“It is important that an agency partner has a demonstrated understanding and affinity for contemporary Australia, it’s people and culture as much as understanding and insight into the target audience of High Value Travellers in key markets.”

The pitch process will also need to be able to address the issues surrounding TA's core market “hubs” of China, UK, US and South East Asia.

China was identified as a high priority for organisation, with successful candidates needing to be able to prove they can work within the local market.

Towards the end, McBride catches on and realises it's not a movie at all, it's a tourism ad for Australia.

The 60-second Super Bowl ad was created to kick start the tourism body’s three-year push in the US.

Prior to that, TA had also invested $5 million in the launch of a TV channel-style content, designed to attract young European tourists to Australia, by Clemenger Sydney.