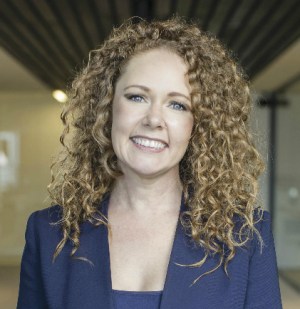 This first appeared in the April edition of AdNews Magazine. Subscribe to support AdNews here.

Tourism Australia (TA) effectively won the 2018 Super Bowl, at least in advertising terms. Not bad for a country that many Americans can’t even place on a map.

With its movie trailer for the spoof reboot of Crocodile Dundee, Dundee: 'The Son of a Legend Returns Home', TA built up more hype than any other brand in the run–up to the game - and hooked in audiences.

It generated more than $74 million in estimated advertising value from 12,000 media articles; reached nearly 900 million people on social; and racked up 100 million views online. Doritos had the next most watched ad, with around 80 million digital views.

TA got the biggest Aussie names in Hollywood on board as part of its $36 million effort to attract more high value tourists from the US. Chris Hemsworth, Margot Robbie, Hugh Jackman, Russell Crowe, Isla Fisher and more, plus a cameo from Crocodile Dundee actor, Paul Hogan, himself.

Top marketer, Ronson, said since launch, TA and its commercial partners have seen “unprecedented” results in terms of search and website visits, as well as spikes in sales. The australia.com website saw visits from 10,000 US towns and cities. Qantas doubled its leads in the 24 hours after launch. And some partners are reporting a six–fold rise in their leads.

“The response from the consumer market has been incredible. It has just resonated so well," Ronson said.

“It really struck a chord with American audiences and from that our searches have gone through the roof. I’d like to say I knew 100% that it was going to be 100% positive. I hoped it was going to be and I was pretty sure it would be, but I didn't expect it to the extent that we’ve seen."

The movie might eventually even become a reality. While it wasn't part of TA’s strategy, consumer momentum might get it there. News Corp’s Northern Territory News started a petition to get the film into production just days after the Super Bowl.

This is career–defining stuff for someone who is already one of Australia’s pre–eminent marketers. Ronson's background shows a path that has seen her climb the ladder as well as take on disparate verticals from beer brands to tourism via finance, telco and retail.

Her CV reads like a who’s who of Australia’s biggest brands from Carlton United Breweries, where she was a brand manager, through Visa, Telstra, and David Jones.

Ronson took over as CMO of Tourism Australia in early 2015 and during her tenure it has launched major campaigns such as 'Aquatic and Coastal' which brought on Chris Hemsworth; its recent youth campaign with Clemenger BBDO Sydney; and the Restaurant Australia food and drink campaign, all under the ‘There’s Nothing Like Australia’ banner.

Ronson said that through her career, whatever category she has been in, she's always been a firm believer in emotion and behavioural economics in marketing.

“As marketers, we're tempted too much by purely rational activity we can measure. The Dundee campaign just reinforced to me that when you’ve defined your target audience, who they are and what they want, getting them to emotionally engage is going to create a much greater result than if you just do a bunch of banner ads," she said.

“We've got tactical digital advertising as part of this, no question, but creating that emotional halo is really important for those assets to be able to work.

“I don't think people are going to make a decision on a holiday, which is a really emotional purchase, with banner ads. You're just not going to do that sitting at your desk eating a cheese and tomato sandwich, seeing a banner ad and clicking on it."

Ronson believes marketers have to constantly challenge themselves to emotionally engage with consumers and can never walk away from that.

“It's easy to be tempted by the rational when you've got a whole lot of stats about what's working and what's not, but you have to remember at the end of the day we are all humans and we want to feel good about the decision we've made, so the human element is critical,” she explained.

The launch of the campaign was really just the start of TA’s push into the US, Ronson revealed. It has since rolled out a US talk show–style content series where actor Danny McBride interviews Hemsworth et al about Australia’s food and wine, nature and wildlife, aquatic and coastal experiences, culture and heritage, and sport and events. And there's more to come.

The success of 'Dundee Returns' comes down to one thing, according to Ronson, and it’s the same thing that makes any marketing campaign successful: “the power of a great idea to engage people.”

Ronson has taken the principle from category to category and believes that it’s what identifies good marketing.

“The success of Super Bowl ads comes down to getting the right idea. If we hadn’t come up with the right idea, we wouldn't have made the investment in it," she said.

“The Super Bowl brings out the best marketing … and pushes creativity. I hope that it inspires more Australian marketers to be bold. When you connect with consumers the results will come and a great halo will make every part of the campaign sing."

While the views and media coverage are one thing, TA is taking a longer–term view of the success of the campaign. Its full impact won't be felt for months, perhaps years, and is pegged to TA’s 2020 target to increase in–bound tourism from the US from $4 billion to $6 billion. The first indicators are good, but there’s 18 months to two years before the organisation will know.

Ronson admitted there are inherent risks with any big marketing move, but thinks Aussie marketers need to “back themselves” more.

“Ideas like this don't come every day, they’re not a dime a dozen. It takes a great strategy to make it happen and there’s a lot of hard work behind it," she said.

“With any of these big projects, you have to be bold, you have to really stand behind the idea. Sometimes it's ups and downs, like anything with a lot of different stakeholders, but we had the right foundation of why we're doing this and that’s the economic impact.

"We defined the problem and we solved it with creative, but we had some pretty strong KPIs off the back of it. It's not just to beat our chest and make a Super Bowl ad. It has to have an economic impact in Australia.”