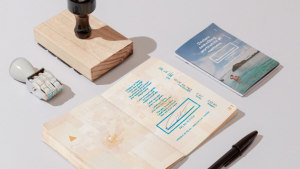 Host/Havas have been awarded Cannes Lions' highest honour, a Grand Prix, for its work on the 'Palau Pledge' campaign.

Achieving the award in the Direct Lions category, this is the first Grand Prix for Australia at this year's awards.

On top of this, more gold was brought home by Australia overnight, with BWM Dentsu Sydney nabbing a Gold Lion in the Creative Data category for The ALS Association Charity campaign, 'Project Revoice'.

Clemenger BBDO Sydney and UM Sydney also picked up a gold in the Media Lions category for their work with Tourism Australia, the 'Aussie News Today' campaign.

In the Media category UM Sydney, alongside Droga, was also awarded silver and bronze for its work in the campaign.

CHE Proximity scored three Silver Lions, two in the Creative Data category, for Lego Australia 'Making the List' and Cochlear 'Hearprint', with one more for the Carsales campaign, 'AutoAds', in the Direct category.

Bronze Lions also went to CHE, in the Media category, for Carsales 'Auto Ads' and one for ACES award-winning campaign, 'The Billion Point Giveaway' for Velocity Frequent Flyer.

Y&R Melbourne's 'Sip Safe' campaign managed to score more metal with a silver in Media and a bronze in Product Design.

Deloitte Australia scooped a silver and bronze for its campaign, 'Value of Nature', created for The Great Barrier Reef Foundation

Marketforce Perth won bronze in the same category for Avivo's 'The R Word'.

Mindshare Sydney also took home a bronze in the Social and Influencer category for Foxtel's 'The Wentworth Rat'.

In the PR category, BWM Dentsu Sydney and Haystac have won silver and bronze for 'Project Revoice'.

Whitegrey won silver in the same category for 'Hello in Elephant'.