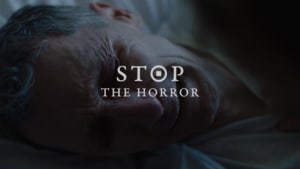 The hard-hitting ad was designed to target politicians and voters and draw attention to the Voluntary Assisted Dying bill, which passed through Victorian State Government late last year, becoming the first Australian state to legalise euthanasia.

The campaign was based around Greg Sims, a terminally ill patient, and shows the real-life pain and trauma both he, and those around him, experienced.

History Will Be Kind was also credited with the win, being part of the idea creation team.

Australia managed another gold in the Brand Experience and Activation category through Host/Havas Sydney's 'Palau Pledge'.

As part of the campaign, the Palau Pledge to the nation's children was created to encourage tourists and locals to be accountable for their actions while on Palau.

Visitors to Palau are encouraged to sign the pledge at immigration, promising to protect and preserve the nation's ecosystem for future generations.

The agency also picked up a bronze for its work for Air New Zealand, 'Losers' Paradise', in Entertainment.

The tourism body got everyone talking earlier this year with a series of trailers for a faux reboot of the Crocodile Dundee franchise, its biggest campaign to date.

The 60-second Super Bowl was created to kick-start the tourism body’s three-year push in the US.

The ad itself stars US Hollywood actor Danny McBride and Aussie heartthrob Chris Hemsworth, as well a cameo from Paul Hogan himself.

CHE Proximity also managed to walk away with more metal overnight, picking up another bronze for its Lego campaign 'Making the list', which won in the Creative e-commerce category.