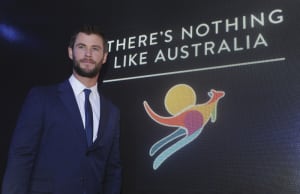 Tourism Australia’s virtual reality campaign has already clocked up 750,000 views on Facebook and reached 4.5m people in the two weeks since going live.

The execution is part of the ‘There’s Nothing like Australia’ platform, highlighting that Australia is “a place you feel” using a number of channels, but primarily with a virtual reality and 360 degree mobile immersive play.

On the Australia.com website, the 17 pieces of 360 footage have received 106,000 views since its Australia Day launch, while on YouTube the videos have received 328,062 views.

Tourism Australia managing director John O’Sullivan says the feedback on the campaign so far has been strong.

“We’ve built this campaign based on our market insights along with strong engagement with industry, the states and territories and our commercial partners,” he says.

“We’ve tried to involve them at every stage of the journey. It’s an approach I think has worked well and on which will stand us in good stead as we take this exciting new campaign to the world.”

The campaign film starring brand ambassador Chris Hemsworth has also picked up over 3.1 million views on Facebook and nearly 2.2 million on YouTube.

The project for the shoot is “one of the biggest” the organisation has ever embarked on, with more than 40 cameras, eight 360 camera rigs and three drones used in its production.