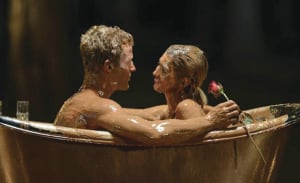 There's no better or more immediate place to see what trends are hold of the public's imagination than on social.

Fake Tradie quickly become an internet sensation this year after the Liberal Party released an ad starring an unconvincing tradesman during the election. The tradie sparked an immediate response on social media with many questioning the authenticity of the Rolex watch-wearing workman.

NSW Government’s ‘Stoner Sloth’ campaign aimed to stop teenagers from smoking pot. It got the kids talking – but not exactly in the way Saatchi & Saatchi intended. The campaign faced a backlash for being terrible and unintentionally hilarious, with memes and parodies emerging.

Instagram’s announcement of a Facebook-like algorithm sent chills down the spines of bloggers and brands the world over, as well as users. Instagrammers begged for algorithm amnesty to keep the feed chronological, with many declaring the death of the platform. #RIPInstagram also trended later in the year after it copied Snapchat’s Stories feature.

Arguably the biggest moment on social media this year was when Donald Trump was named the President of the United States after months of intense political debating. Collectively there were more than 75 million Election Day tweets sent around the world and #PresidentTrump trended for hours after it was clear he had won the race.

Australia collectively lost its mind when they logged online to complete the census this year and were greeted with an error message. This led to the #CensusFail conversation kicking off and rumours circulating the site had been attacked by Chinese hackers. I guess back to pen and paper for 2026.

# down down, the census is down. pic.twitter.com/2V6TeeEA6j

Unless you were living under a rock for the month of July, you’d know Pokémon Go was a big thing. All around the country (and later the world) people went crazy for the augmented reality app. Complete strangers gathered to play together, police issued warnings not to drive while playing and someone even discovered a dead body on a quest to catch em’ all.

In a social moment that Weight Watchers would rather forget, the brand found itself in hot water this year when launching its new offering, Weight Watchers Black. This new initiative was based on research that found half of Australian women avoided getting hot and heavy under lights due to body image issues. To combat this, the brand sent special “mood” lightblubs to female journalists to encourage them to love their bodies. Needless to say it backfired.

This year almost feels like the year of the Snap. The photo sharing player took the media, marketing and advertising world by storm with brands piling into the platform left right and centre. The tech business also rebranded from Snapchat to Snap Inc with the brand revealing a product play in the process. Spectacles – glasses which allow users to record 10 second video which is pushed directly to Snapchat – ﷯started rolling out in November at $130 bucks a pop and have already sold out in the US.

This year, social media pushed into live streaming in a big way with Facebook and Twitter taking their first steps into the realm of broadcast video. Twitter secured digital sports rights to cover games in the NFL as well as a live broadcast of the race that stops a nation, the Melbourne Cup. Facebook hosted a live online election debate between Bill Shorten and Malcolm Turnbull, although it was marred with technical glitches. Although buffering technology provides a delay and the quality is nowhere near broadcast television, it’s a sign that social media networks are prepared to take on TV networks at their own game for a slice of the video advertising pie.