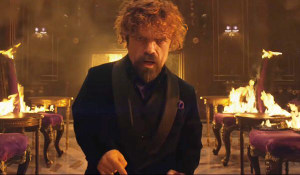 Pepsi, Budweiser, Ram trucks, Mountain Dew and Amazon’s Alexa are the top five brands associated with the 2018 Super Bowl this year, according to data from martech company Amobee.

The Dodge Ram truck ad generated the most engagement on social media but not necessarily for the right reasons.

The online blowback was swift for Ram after the carmaker used a sermon given by the Rev. Dr. Martin Luther King Jr as the voice-over for its spot.

The ad showed emotive scenes of people helping others with the voice of King in the background. At the end, the phrase “Built to Serve” was shown on the screen, along with the Ram logo.

Many questioned if it was appropriate to use a deceased civil rights leader in the context of selling trucks.

“MLK wanted equal rights and for me to buy a Dodge Ram,” one Twitter user wrote. Another wrote: “Black people can’t kneel and play football but MLK should be used to sell trucks during the super bowl. Unbelievable.”

“From the meta energy of Tide’s 'we can make anything a Tide ad campaign', to Doritos and Mountain Dew’s lip-sync battle between Morgan Freeman and Peter Dinklage, to Eli Manning and Odell Beckham Jr. having the time of their life in a Dirty Dancing themed NFL spot; most of the audience favourites this year were all about having fun,” he says.

“There still was some more serious fair that was well received. For instance, Coca-Cola’s ad about diversity and Verizon's thank you to first responders generated particularly positive audience sentiment in real-time, but the volume of audience reaction was more around comedic fare.”

In other Super Bowl ad controversy, the Hindu community is calling for Toyota and its ad agency, Saatchi & Saatchi, to issue an official apology for "brushing-off Hinduism" in its 60-second spot.

Rajan Zed, who is president of the Universal Society of Hinduism, says the ad fails to represent Hindus alongside Christian, Muslim, Buddhist and Jewish religions in its reflection of world religions.

"How could you possibly showcase “We're All One Team” by turning your back to 1.1 billion Hindus and thus slighting world’s oldest religion?," Zed questions.

Celebrities that generated the most tweets around Super Bowl ads