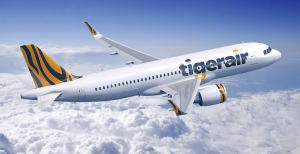 Tigerair or Jetstar could be up for pitch in the wake of the announced merger between MEC and Maxus.

The merger is a global move from GroupM to create a new agency division. Locally, the only client conflict comes in the budget airline space. MEC currently works with Tigerair, while Maxus has Jetstar.

The merger will finalise before the end of the year, creating a new agency with a new name.

Tigerair Australia says it's too early to tell the impact the merger will have.

"It’s too early to tell at this stage. We will work with MEC and any developments will be worked through in due course. We continually review all of our partnerships to ensure best fit for the business," Tigerair says.

A spokesperson for Jetstar also says: "We'll discuss with Maxus and GroupM how the new announcement impacts us in the near future."

Globally it will be led by MEC’s CEO Tim Castree. Locally it's understood that either MEC CEO James Hier or Maxus CEO Mark McCraith will take the top spot.  It's not clear if there will be any further redundancies or reduction in headcount across the two agencies.

Read more about the merger here.