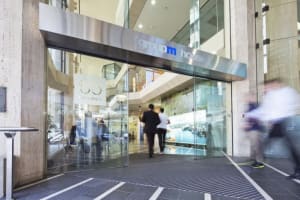 GroupM is merging the global operations and teams of two of its leading media agencies MEC and Maxus. The two will become a new agency, with a new name.

The new entity has not been named, but globally will fall under the leadership of MEC’s CEO Tim Castree.

It’s not clear what this will mean for the national agency heads here in Australia; MEC’s James Hier and Maxus’ Mark McCraith, or how conflict clients will be dealt with. Between now and December a decision will be made on which of the CEO's will lead the new agency. See: MEC and Maxus staff rattled by surprise merger news.

Speaking to AdNews, a GroupM spokesperson says plans for leadership in local markets is “still being determined at this time as the teams go through a transition period through the end of 2017”.

“The transition is anticipated to take six months. We’re currently at the beginning of the process,” the spokesperson says.

“Both networks have a strong local market presence and entrepreneurial drive. Together, we believe we can create an exciting new media, content and technology agency which we look forward to introducing soon.”

It will mean the fourth pillar of the GroupM family will be Essence, the digitally focused agency which launched in Australia earlier this year. It currently has around 10 staff here but will be the focus of a growth push.

GroupM bought the indie shop in 2015. It will be adding traditional media capabilities and a larger geographic footprint to the agency’s current media and creative credentials. Essence’s client base includes the likes of Financial Times, Google, HP, Viber and Tesco Mobile.

As part of the news, it says Essence will also lead several key GroupM client relationships as part of this restructure.

At the time of buying Essence, GroupM said Essence would continue operating as an independent brand, but with the advantage of access to GroupM’s global reach and infrastructure. Founded in 2005 in London, with offices in New York, San Francisco, Seattle, Singapore and Tokyo, in 2015 Essence employed more than 500 people, deployed campaigns in more than 70 markets and managed media spend of more than US$ 700 million.

GroupM’s chief transformation officer, who until earlier this month was global CEO of Maxus, Lindsay Pattison adds: “We’ve clearly signaled our ambition to transform, and we mean business.”

“This allows us to more meaningfully invest in each agency’s future – retaining and attracting the best talent with inspiring and rewarding workplaces, creating differentiated cultures and approaches, and sharing in a focus on helping clients win.”

The network is also planning new investments across all of its agencies and M Platform, its newly created digital and data platform.

M Platform launched in October last year and was described as a global network which brings together data and technology capability from across the group into one business. At the time, GroupM said the move was part of its quest for deeper consumer insights to woo marketers, adding it is the “most robust” insights resource in market.

The major shakeup at the WPP-owned business comes just hours after CEO and chairman at rival holding group Publicis Groupe, Arthur Sadoun, unveiled the company’s new vision on his first day in the job.

The CEO discussed his vision to transform the group from a holding company, "to become a platform", describing the future structure as "an agile, flat, modular-dynamic organisation" aimed at creating new value for clients and everyone within the organisation.