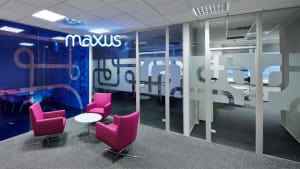 MEC and Maxus staff have been left somewhat rattled following news that the two agencies would merge to become one new agency, after many Australian staffers first saw the news overnight on Facebook.

The announcement was globally planned and all staff were hit with an email at the same time, which unfortunately for the time zone in Australia, was late last night. This meant some people spotted the news on news platforms or on social media sites, instead of in their work emails.

Early morning meetings were scheduled for today to brief all staff as soon as possible.

One MEC executive, who didn’t want to be named, told AdNews: “I saw it on Twitter and assumed it was more of an overseas shift, not here in Australia. It would have been nice to know before the rest of the world knew as my next thought was ... who does my same job in Maxus and am I better than them? Which roles will stay or if they double up, will go?”

See: Maxus and MEC to merge in major GroupM shake-up

“How am I finding out about this via Facebook,” said one MEC employee.

One MEC exec said: “I guess this is what today was supposed to tell us”.

The MEC and Maxus merger will see a new agency arise in the GroupM stable, under a new, yet to be announced, name.

Speaking to AdNews, a GroupM spokesperson said: “There was a thorough internal communications program starting from Kelly Clark (CEO) to all employees, with many layers of outreach within each agency to their people.

“In a global organisation of our scale, it is impossible to reach everyone at the same time. As ever, our clients' business and our people are our top priorities in the transition.”

It’s not clear what this will mean for the national agency heads here in Australia; MEC’s James Hier and Maxus’ Mark McCraith, or how conflict clients will be dealt with. Between now and December a decision will be made on which of the CEO's will lead the new agency.

Tigerair is believed to be the only conflict client of the Australian agencies as MEC currently works with the airline and Maxus has Jetstar. As the merger is put into place, Tigerair or Jetstar could be up for pitch.