This Time Next Year debut pulls heartstrings - and a 1.4m crowd 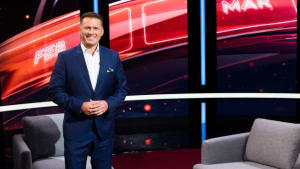 The debut of Nine's life-makeover show This Time Next Year, hosted by Karl Stefanovic, pulled in an average metro audience of 1.28 million and peaked at 1.48 million last night.

This Time Next Year was touted as a 'ground-breaking format' at Nine's upfronts and follows the journeys of people wanting to make their ambitions a reality over the course of a year, delivering instantaneous transformations in “time travel” style.

The new 8.45pm program ran after another succesful night for The Block, which had an average metro audience of 1.25 million and won all three key demographics. This is the second night in a row The Block has posted strong ratings after its Sunday launch attracted a metro audience of 1.12 million, which is 4% more than last year.

Ten's second episode of Australian Survivor had an average metro audience of 656,000, slightly up from Sunday's debut of 639,000.

Did you see the trailer? Check it out below.