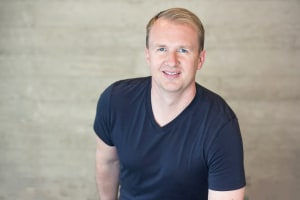 The Trade Desk founder and CEO Jeff Green shares his views on the "seismic shifts" impacting the TV industry, from AT&T and Time Warner to Fairfax and Nine, people's inaccurate obsession with the pitfalls of digital and the inefficiencies of traditional media buying.

What’s your view on the current media landscape?

There has never been a better time to be in media. What is happening is so exciting and that’s especially true in TV. I don’t think a lot of people understand the amount of seismic shifts that have unfolded in the landscape of television during the past 12 months.

Arguably the biggest was AT&T acquiring Time Warner  and, in smaller news, AppNexus, so they can put together a huge amount of content with the goal of distributing it themselves. That move alone has changed everybody’s strategy. It is why Disney had to be more aggressive to acquire 21st Century Fox, in part to get Hulu, and it’s why Comcast raised its bid for Fox so Disney had to pay more. These types of wars are increasing, and the same thing is happening in the Australian market with the Nine-Fairfax deal.

Content owners are effectively skipping over traditional television so they can own distribution and develop a relationship directly with consumers. We’re also seeing more money going into content than ever and consumers are insistent on having on-demand access to their content. Look at Spotify – a consumer can basically have the entire world of music for $10 a month. The world of on-demand is taking over and that’s forcing everyone in traditional media to change.

There has never been a time where more change has happened in a 12-month period than what we can see in the rear-view mirror.

What are the challenges facing the media industry?

Businesses may have the right strategy, but the challenge is morale and ensuring staff are aligned and not afraid of change at a time when those businesses are basically being reinvented. In some cases we are talking about companies that have more than 100,000 employees. Reinventing companies of that size is really hard and is just as much an emotional process as a strategic one.

Helping people through that change – educating them but also getting them comfortable – is the biggest challenge facing the industry and once you acknowledge that, it makes it easy to step back from discussions that are often about the pitfalls of digital, the dangers of on-demand, that the internet is ruining everything.

Why do you believe the industry is heading toward a bright future?

There is a lot of negativity about digital and social media today, but I don’t think we’re looking at it holistically. There is a lot of angst and uncertainty that arguably isn’t well-founded. TV content is at the top of its game. It’s never been better and consumers have more choices than they’ve ever had. Advertising is growing very fast. It’s the biggest it’s ever been - a $700MM market worldwide - and it’s going to continue to get bigger and better.

There are a lot of reasons to be positive and the number one reason that positivity isn’t shining through is because people are just processing all of the change.

How do we change the conversation between agencies and clients around price/value?

There is something happening in advertising that doesn’t really happen in any other industry and that is clients are saying ‘I want a service that’s awesome, fully transparent – and I want it to be free’.

We never do that in other industries. We never go to a restaurant and say ‘I want the best meal you’ve ever served for free’. We don’t buy shoes or groceries that way. You’d never say that to your doctor, massage therapist or barber. You accept that you get what you pay for.

But this is what is happening in advertising. People are saying they want their media buying at cost and always want it to be transparent and that’s made it really hard for agencies to make money - so much so that some agencies in the past have created non-transparent business models because they’re feeling the pressure. They’re afraid to say to the client ‘I can’t do it for nothing’ because they don’t want to lose the client. Agencies are in the business of retaining clients, almost to the detriment of their businesses, and to some extent that’s why they’re in the situation they are.

Instead of talking about price – ‘I want it 2% cheaper’ or ‘I want it free’ – the conversation should be about value. Agencies need to say ‘Hey, if you can pay 2% more, I can add 4% more value’. If we can have a conversation as an industry about value, that’s how we’ll arrive at the best advertising and get agencies to the best business models as fast as possible. They’re at a really important crossroad where they need to get good at having conversations about value.

The brands need to do that too because when they don’t focus on value, they advertise badly and then lose market share, often to newer companies and business models. If you charge a premium for your product and Amazon has a product that is similar but cheaper, you really want to be certain you are advertising well and that’s why transitioning the conversation to value instead of price is a critical upgrade to the future of advertising and the preservation of big brands.

What role do you think programmatic will play in the future of media?

I believe everything that can be transacted programmatically will be and that means all of media as it becomes digitised.

Buying media the old way is similar to when equities were traded by guys waving pieces of paper and yelling at each other. There’s no reason for it. It’s inefficient. Why wouldn’t we do it over a computer? There are fewer errors. It’s faster. The only reason to do it the old way is ‘Tom’ and ‘Bob’ are used to it and like it.

Sometimes people make this into a sort of stand-off between new media and old media or programmatic and traditional advertising. That’s not what it is. It’s about data-driven decisioning versus guessing and there’s no reason you have to guess ever again.

What's your view on the future of agencies? Are they safe?

Agencies have been through a big transition in the last few years, but the need for ad agencies is greater than it has ever been before.

If you think of the role of an agent just in the abstract, it’s to be an adviser on something that is typically complex or confusing. That’s why you hire a real estate agent – to help you through one of the biggest transactions of your life. They do it all the time and you don’t do it often. With ad agencies, you’re asking for expertise on something that is getting more and more complex. The need for experts is greater than it’s ever been.

Are there things that need to change about their business models? Without a doubt. They definitely need to do things to get better at their jobs, but I think people underestimate how much gravity there is in organisations as large as the big global holding companies, as well as how important it can be for a brand to have someone who knows how to buy media for literally hundreds of brands inside a single company.

One member of the S&P 500 often has hundreds of brands in their own four walls that they have to advertise in hundreds of countries. The need for a scaled operation around the world to help you do that is greater than ever, especially as the world of advertising gets more complex.

It’s a super-exciting time to be in advertising and I think agencies have to evolve to stay safe, but it is theirs to lose. Are they safe? I think so, but they have to make choices to ensure it. It won’t come without change.