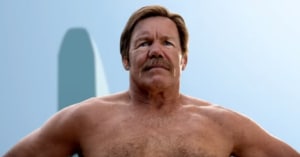 The pitch was announced by ASX-listed iSelect in September and incumbent Leo Burnett Melbourne declined to re-pitch for the account.

The Royals will be responsible for a marketing strategy, including above-the-line, social, digital, content and one-to-one advertising.

Managing director and CEO of iSelect Scott Wilson says the team has found a "long-term" partner with The Royals and the agency will help the brand move from a comparison website to "Australia’s Life Admin Store".

“We were looking for an idea-led, rather than channel-led, creative that shifts us from a transactional-based business to one that is built on strong, ongoing relationships with Australians,” he says.

“The Royals completely understood our desire to nurture our customers on their life journey, taking the hassle and frustration out of life admin, big and small – everything from the shock of a larger than expected energy bill to the complex financial decisions that come with starting a family.”

The business has been working with Leo Burnett since 2015 when it won the account from AJF Partnerships and CHE Proximity.

The Royals managing partner Steve O’Farrell adds: “iSelect are a passionate bunch of people that are steadfastly focused on making a difference in people’s lives and doing well-integrated, effective work. The Royals share this passion and are thrilled to be partnering with iSelect in their quest to disrupt the face of the service industry in Australia.”

Leo Burnett introduced a new brand platform for iSelect in 2016, which marked the departure of ambassador Mr iSelect. The agency also created the controversial snake bite ad that was reviewed by the ad watchdog last year, as well as the comedic 'deaf man' spot.

In 2014 iSelect appointed Wavemaker, formerly Maxus, as its media agency.