The neuroscience of Cannes 2016: Under Armour - Phelps 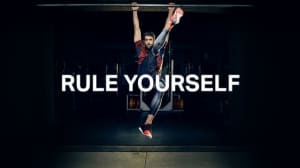 Droga5 has had another great year at Cannes, building on the success of last year’s Giselle Bündchen “Will beats Noise” campaign for Under Armour.

This year’s global campaign of “Rule Yourself” featuring Michael Phelps and the USA Gymnastics team in separate shorts won a slew of Cannes Lions, with the Phelps execution winning the coveted Grand Prix in the Film Craft section.

The execution, which features visuals of Phelps swimming down a single lit lane surrounded by darkness, is interleaved with vignettes of training and is set to the moody vocals of The Kills’ Last Goodbye. The creative showcases the notion that it is the hidden, invisible hard work and training that will eventually bring success.

While it is certain that Droga5 placed a significant amount of hard work in developing this creative, the question remains what impact does this piece of creative has on the viewer? As part of our exclusive Cannes on the Brain series, now in its fifth year, we analysed the brain activity of typical viewers to understand the impact that Droga5’s creativity had on the brain.

Neuro-Insight measured brain activity to see how 50 females and 50 males respond to the ad. The specific technology used by Neuro-Insight is founded in work originally developed for academic and neuroscience research and has been used to analyse the effectiveness of Cannes award winners for over four years.

The technology allows us to simultaneously record viewer’s second-by-second changes in approach (like)/withdraw (dislike), emotional intensity, engagement and memory whilst watching advertisements. The measure Neuro-Insight predominantly focusses on, is based on its strong and highly researched link in influencing consumer behaviours is Long-term Memory Encoding.

This measure reveals what the brain is storing (or encoding) into conscious and unconscious long-term memory. Neuro-Insight’s Memory Encoding graph reveals how elements of the ad are stored in long-term memory. The higher the graph, the more strongly that moment in the ad is stored in memory and the more likely it will influence consumer behaviour.

Below are the times series graphs for both male and female viewers’ response to the Phelps commercial. The red trace reflects memory encoding from the left hemisphere, which is primarily responsible for the encoding of the detail in experiences, such as text or dialogue. In contrast, the right hemisphere which is reflected by the blue line is concerned with the storing of global features, such as soundtracks, scenery, facial expressions as well as the emotional underpinnings of a particular experience.

The above responses for both male and female viewers highlights some important differences between the two groups. While memory encoding in both groups appears to be follow the ebb and flow of the commercial, increasing and decreasing as the narrative transitions from each visual to the next, the response is much more pronounced in male viewers. In particular, male viewers displayed much more variability in the magnitude of their responses than female viewers, having much higher memory peaks and lower troughs.

As the commercial featured strong themes of masculinity, intense exercise and training, it is likely that male viewers were more readily able to identify and empathise with the themes present in this narrative. Supporting this contention is the overall higher level of emotion seen in male viewers, which fluctuated from moments that had a very strong approach, to moments that had a very strong withdraw component. For female viewers in contrast, the emotional response was less dynamic, largely consisting of approach with moderate levels of emotion.

An interesting contrast between the two genders can been seen in the montage of Phelps training in the pool with the parachute attached. Male viewers were able to empathise with the level of exertion and potentially pain felt by Phelps and responded with a very strong negative emotional response. In contrast, the very same scene was associated with more positive levels of emotion in female viewers.

The tagline “It’s what you do in the dark, that puts you in the light” is a particularly important feature in this execution, as it not only draws on, but also continues the theme right to the final branding. The differences between male and female viewers are quite evident here, with male viewers eliciting a much stronger and more emotionally charged response than the female viewers, who are only moderately effected by this scene. For male viewers, this was an extremely effective moment and if branded, would have been placed in the top 1% for peak branding in our database of 5500+ commercials.

As the narrative transitioned into final branding, we see some similarity in the way both male and female viewers encoded brand information (a key indicator of the way the narrative & themes are linked to the brand and hence advertising effectiveness). In both instances, long-term memory encoding appears to fall, most likely due to Conceptual Closure. Conceptual Closure occurs when the brain perceives an event boundary, such as a narrative sequence has coming to an end and takes a brief period to process and store the previous experience. The combination of fading soundtrack/audience and transition to black screens has contributed to this effect, thus impacting on the encoding of the brand information.

In summary, while there is no doubt that Droga5 have created a powerfully engaging piece of storytelling, how effective will it be commercially? The only note of caution in regard to this brilliant piece of work, is suggested by the moderate-low level of memory encoding during branding.  When a piece of creative is associated with high levels of memory encoding during the narrative, but a moderate-low level at final branding, this limits the overall extent to which these new features or themes can be attributed to the brand.

This places the Under Armour at some risk of brand misattribution, as the likelihood increases that other brands which feature similar iconography or visual style will be associated with and benefit from the current creative.