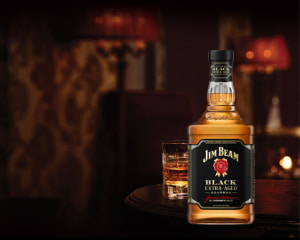 The Monkeys Sydney has won the creative account for Jim Beam, expanding its remit on the Beam Suntory portfolio, AdNews can reveal.

It comes just 18 months after the Beam Suntory business globally aligned within Publicis and was handed to Leo Burnett, impacting Jim Beam's longstanding relationship with The Works.

Leo Burnett Sydney was barred from working on the account due to its relationship with Diageo, so the business was allocated to Saatchi & Saatchi Sydney.

Globally, Jim Beam worked with Leo Burnett Chicago on its global creative until Adam&Eve DDB New York took over from the Publicis-owned agency in April.

The Works, which held the account for 14 years and was its global creative agency for three years, was recognised with multiple Australian Effie Awards, including the Grand Effie for Canadian Club in 2015, in addition to an international Effie for Jim Beam in 2013.

Jim Beam introduced Mila Kunis as a global ambassador for the brand in 2014, with several ads starring the actress released in the last three years.

The Monkeys Melbourne recently won the Asahi account, which AdNews understands is not viewed as a conflict due to the differing locations of the offices.

Check out The Monkeys work for Canadian Club:

Jim Beam, The Monkeys, Saatchi & Saatchi were all approached for comment.