The late Neil Lawrence's pokie documentary to air in October 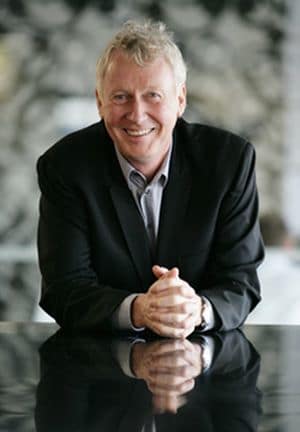 A documentary co-produced by the late, legendary and much-loved ad man Neil Lawrence is to air on ABC at 9.30pm on 20 October.

'Ka-Ching! Pokie Nation' is a film aimed at exposing "how the seemingly innocuous pokie machines at your local pub are programmed for addiction".

The film will show industry insiders explaining how designers engineer these machines to merge complex algorithms with flashing lights and musical cues to keep people inexorably coming back to the bandit.

Their success is such that 'pokies' are now listed alongside life-wrecking narcotics such as cocaine and heroin in the Diagnostic and Statistical Manual of Mental Disorders, the reference book for psychiatrists.

Lawrence was the executive creative director at STW, the largest advertising group in Australia. He was famous for his work for Qantas, as well as the Kevin07 campaign for Kevin Rudd's successful 2007 tilt at the Australian election.

He had form with documentaries, too, having directed 'To Spring from the Hand' - a film on the life and work of American artist Paulus Berensohn - in 2012. Lawrence had met the artist back in 1979 when they were both living in San Diego, California.

Director Jane Manning said that Lawrence was "the driving force" behind the film.

"It’s only a handful of times in your life you meet someone as passionate and dedicated as Neil. He was determined to help those vulnerable to poker machine addiction, and it’s our hope that Ka-Ching! Pokie Nation realises Neil’s vision of creating awareness and change around this issue," said Manning.

Lawrence himself had explained the aim of the film in a statement.

"This film came about through a long-term concern that I have had with the proliferation of poker machines in Australia. Two questions ended up dominating my thinking, and they are the central concern of the film.

"The first is: if around 70% of the people in every survey that has been done want no pokies, less pokies or serious reform, why hasn't it happened? What is the nature of the power of the industry and its relationship with government?

"The second: pokers machines offer the worst odds of nearly any form of gambling, and yet take six out of every ten dollars we lose.

"How does that add up?" said Lawrence.

Co-producer Mitzi Goldman also saw the power of the story being told, and spoke on Lawrence's passion for his subject.

"Neil drove this piece and I worked alongside him, navigating the “human highway” to use one his favourite phrases. And it has been a busy, fast and at times dangerous highway.

"Neil’s untimely and sudden death has shocked and saddened us all. It has been an honour to create this film with him, his last work and a passion piece," said Goldman.