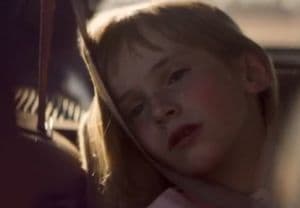 Qantas has brought in Kevin 07 adman Neil Lawrence to create its biggest ever brand campaign, with a two minute TV ad set to air on Sunday (9 November).

The campaign, which launches this weekend, is designed to reposition the business following a major organisational restructure as it looks to re-engage with the emotion people feel for the brand and fend off the negative attention from job cuts.

AdNews had a sneak peak of the series of ads that show real people travelling home in various situations including a grandmother putting her grandchild unaccompanied on a plane home and a young woman returning home to Australia from London.

The airline has moved away from its “I still call Australia home” line and replaced it with "Feels like Home", with each of the ads featuring Randy Newman’s song 'Feels Like Home' sung by 20-year old Australian singer, Martha Marlow.

Neil Lawrence, who masterminded Kevin Rudd's Kevin 07 campaign, was brought in to create the repositioning the ads. The ads are due to launch over the weekend were also revealed to Frequent Flyers today (7 November).

“It is real, it's authentic and it's important that the genuine feeling of homecoming comes though in these ads, it is about the feeling of home, love of family and friends and it's about Qantas' role in how we make that happen in not just Australia but around the world,” she said.

Wirth explained that while the airline has had a tough year, this campaign is about reconnecting the brand with Australians.

“With this campaign it is the right time in the lead up to Christmas, more importantly for us, we've had a few challenging years, we now believe is the right time for us as the business continues to transform to is to start re-engaging with the Australian public about the reason why they love Qantas.”

Another important aspect for the campaign is re-engaging with staff after the airline has made 5,000 job cuts. “This is also important for our colleagues and tapping into why we should feel proud to work for the national carrier, so we feel this is the perfect time for us.” Wirth said.

For more on the Qantas repositioning and creative strategy, pick up the next print edition of AdNews, out 14 November. You can also get it on iPad.

The airline is dropping more marketing budget on the campaign than it has in recent years, but isn't giving away any figures however, Wirth indicated that this campaign is long term commitment for Qantas.

Earlier this year, Qantas brought in Big Red, sister airline Jetstar's creative agency to work on its advertising partnership with The Voice, a controversial move as Droga5 is the airline's creative partner. Droga5 is still thought to be on the roster.

It's understood that Lawrence, whose agency Lawrence Creative is part owned by STW, was given free reign to build a hotshot creative team to work on the campaign.

The restructure of the organisation saw it shed 5,000 jobs as it looks to turnaround performance. The airline's media account is currently up for review.

The campaign will launch on Channel 9 on Sunday night and will run across TV, digital, social and cinema.

See it for yourself here.