A year into its pledge to own visual journalism The Guardian is looking to explore branded virtual reality (VR) experiences.

Speaking to AdNews, Guardian executive editor of VR Francesca Panetta, says the next stage of the Guardian's VR journey will see brands getting involved.

“We now have a hugely talented group of people working on our VR content and are able to deliver a full immersive experience - headset, mobile VR and 360 video - and are looking forward to partnering with brands on our future VR projects,” she says, adding the move marks a year since the Guardian created its dedicated VR team.

Launching in Australia four years ago, the Guardian is placing its bets on VR to differentiate itself from the pack here, as well as globally, as the media company continues to invest heavily in the VR sector.

This week, it unveiled a dedicated app available on iOS and Google Cardboard.

Since then, it has launched several VR content pieces, including the multi award-winning solitary confinement experience, which placed viewers inside a US solitary confinement prison cell, as well as First Impressions and Sea Prayer, which were collaborations with Goodwill Ambassador Khaled Hosseini.

As part of its VR foray, the Guardian is giving away 100,000 Google Cardboard headsets in the UK.

The publisher hopes to take the technology mainstream and make it more accessible to everyday readers, as well as get ahead of the pack in this space.

The Google Cardboard giveaway opens the door for more people to be able to try VR for the first time. Panetta also says it reaffirms the Guardian’s commitment to “shaping the current landscape of VR journalism.”

“We have always been dedicated to digital innovation and VR is another example of this. As an organisation we’ve been early to VR - and in doing so have helped to form what this type of interactive and immersive journalism can look like,” Panetta says.

“Over the last year we have built up an incredibly skilled in-house cross-disciplinary VR team made up of some of the most innovative storytellers in the industry. We’ve also built strong relationships with our key tech partners and the technological advice our partners have been able to share has been hugely significant, enabling us to push the boundaries of the VR journalism we are producing both technically and creatively.” 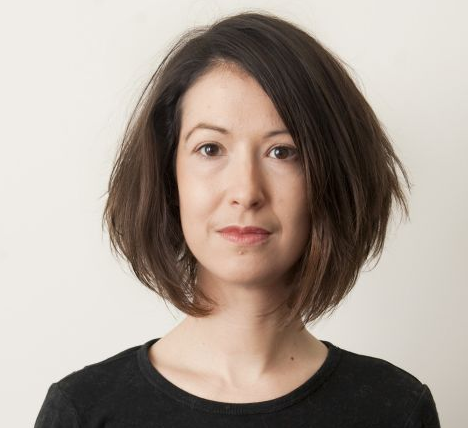 The Guardian’s first VR experiences focused on first person storytelling, but it will now explore other techniques.

“We’re excited about the new perspectives and challenges that VR can bring. We’ve incorporated gaming and interactive techniques into our work and view it as an opportunity for viewers to ‘learn by doing’ - a kind of embodied journalism. All of our VR pieces enable viewers to experience unique encounters and allow them to see the world from a different perspective whilst becoming fully immersed in a story.”

She adds that VR has enabled the Guardian to introduce its brands to atypical readers, including gamers and early adopters.

“Compared to the US, the scale in the other markets for VR is still catching up, however as the technology continues to develop we are confident the demand for VR will grow. Over the last year we have learnt a huge amount and increased the skills of our in-house team.”

Along with the app, the Guardian has also launched its new VR project The Party - a virtual experience of autism.

Based on an original concept by author Lucy Hawking, The Party, puts viewers in the shoes of Layla, a 15-year old, autistic girl at her mother’s surprise birthday party. Through the dramatised piece, viewers experience Layla's attempts to deal with a stressful situation using the coping mechanisms she has devised to manage her anxiety.

“Over the coming year we’ll be focusing on honing the techniques we’ve been using with the view to create a number of high-quality flagship pieces which reflect the Guardian’s values and the kind of journalism we are renowned for producing. The use of the first person perspective which enables the viewer to step inside the story - is something that is unique to the medium of VR - and we are excited to see where we can take this,” Panetta says.