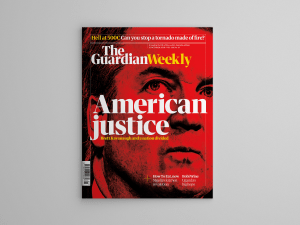 The front cover of The Guardian Weekly

For the first time, The Guardian will open its print product to Australian advertisers as it relaunches its newspaper as a glossy magazine.

The Guardian announced it would transform its weekly newspaper as a magazine and publish an Australian edition for the first time last week, with the new format available from today.

Previously, The Guardian Weekly circulated in Australia has been filled with international advertisers, but the media company’s local sales team will now sell slots to advertisers in this market.

With only three advertising spots available in the magazine, The Guardian marketing director Margy Vary tells AdNews it’s a premium place for brands to play and offers a different environment to that of the duopoly of Fairfax and News Corp.

The new version of Guardian Weekly, which will be more expensive in price compared to its former newspaper proposition, is comparable to other news magazines such as the Economist and The New Yorker.

The Australian version will carry international news as well as continuing The Guardian’s local focus on immigration, indigenous and environmental issues. 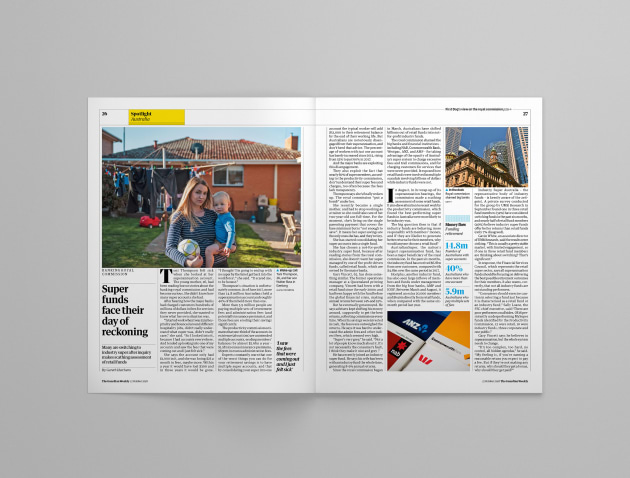 A sample of the local content in The Guardian Weekly Australia

Vary hopes the overhaul will double The Guardian’s print audience in Australia, which is currently at around 5000 readers, and drive subscriptions which make up a chunk of the media company’s business model.

The redesign of the magazine aligns with a wider trend in the publishing industry towards creating more keepsake publications, The Guardian Weekly global editor Will Dean tells AdNews.

“To me it felt the Weekly was a magazine in the dress of a newspaper,” he says.

Dean, who joined the business in April to lead the relaunch, is confident the new Guardian Weekly will appeal to current subscribers and attract a new audience that want an alternative to short-form content or news sourced from social media sites.

“The Weekly is for people who want to get away from the noise of Twitter and Facebook and read something intelligent,” he says.

“It’s a beautifully designed print product that features long tail journalism that people may not be reading online.”

“The Weekly may be small on the global scale, but it is already a successful part of our business model that brings profit into the company,” he says.

“Commercially there is a lot of faith in the Weekly, which would be very different if we were launching it from scratch as it would be more challenging. We believe in The Guardian brand and in print.”

On the decision to publish an Australian version of the Weekly, Dean says it made sense with the growing operations in this region.

The Guardian recently celebrated five years Down Under, announcing the company will break even this year and is on its way to becoming profitable.

The business may have had humble beginnings, but now it has a team of 80 and has been steadily growing its audience. In the Nielsen Digital Ratings for January The Guardian boasted a unique audience of 2.5 million and is the sixth most read digital news site.

“We are now publishing in Australia which we haven’t in the past because we didn’t have strong journalistic operations in Australia, but now it makes sense to take advantage of the great journalism we’re producing in Australia,” he says.

The launch of the magazine will be supported by sampling activity in Sydney and Melbourne, led by its agency Havas, point-of-sale activations and a digital marketing campaign.

It will also increase its presence in Australian newsagents by 30% and believes its expanded print footprint could challenge competitors such as Fairfax and News Corp.

“The new Weekly is another opportunity to grow subscription revenue but also grow our awareness. The biggest challenge for us, being a digital-only brand, with two big players in this market with such presence, is not having that present in news agencies,” Vary says.