How the Guardian Australia avoided the fate of the HuffPost 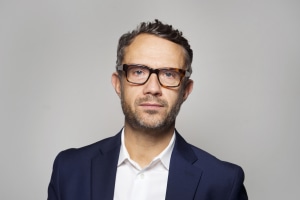 After five years in Australia, The Guardian is set to break even in March 2018. David Pemsel, Group CEO of Guardian Media Group, and outgoing CEO of Guardian Australia, Ian McClelland, reveal how the business bucked market trends to achieve growth and how it doesn't believe scale equals a successful business model in today's media economy.

Launching in 2013 in Sydney’s Surry Hills, the UK-founded publisher found itself in the peculiar situation of being a nearly 200-year-old startup.

Ian McClelland, who acted as the Guardian Australia CEO for five years before announcing his return to the UK at the end of last year, jokes about buying the office’s furniture from his own pocket in the early days.

The business may have had humble beginnings, but now it has a team of 80 and has been steadily growing its audience. In the Nielsen Digital Ratings for January The Guardian boasted a unique audience of 2.5 million and is the sixth most read digital news site.

While reach is a figure that marketers often prioritise, Pemsel tells AdNews he values the publishers’ loyalty metrics and its reader contributions figures more highly than overall readership.

The Guardian Australia reached 65,000 paying members in Australia in August 2017 and raised $150,000 in its first crowdfunding efforts this year, figures that Pemsel reflects on proudly. 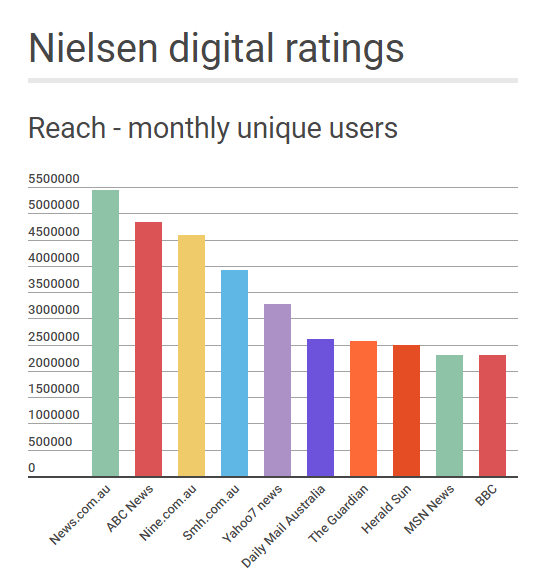 “The reach number is great, and certainly a validation of the quality of our journalism. It’s not a validation of our business model,” he says, speaking to AdNews yesterday.

“Focusing on that big number can breed complacency. We instead question how many readers we have that acknowledge the fact they are actually reading The Guardian.

“Engagement, frequency, loyalty and some of the crunchier numbers in metrics is what constitutes a genuine relationship with readers, rather than the big number.”

It’s this focus on the relationship with the reader that has helped The Guardian avoid the same fate of HuffPost, which announced the downscale of operations in Australian last year. Launching at a similar time to The Guardian, the HuffPost failed to create a loyal following in the competitive Australia market – something Pemsel believes The Guardian has achieved.

“The speed of building loyalty in Australia has been a surprise to me,” Pemsel says. “The Guardian Australia carved out a very distinct editorial voice here, faster than we thought it would.”

One of Pemsel’s bugbears in the industry is the race to "reach" from Australian publishers. In the last year, News Corp and Nine have consolidated various titles to achieve a larger audience figures, using the new number to boast being “the biggest”.

“Saying ‘we’re big’ doesn’t mean anything. There used to be a relationship between a big number and your ability to make money and that is gone,” he says.

McClelland, who will take up the role of MD of corporate development at Guardian Media Group in the UK, says his entire focus is converting anonymous reach into a known audience.

“Looking at our Australian figures, we have an audience of around 2.5 million, with 600,000 regulars who visit the site once a week and then we have 65,000 reader relationship, so they are heavily engaged in paying in some way or form,” McClelland says.

Reader relationships refers to readers that are paying via a membership or through a one-off contribution or via a subscription. 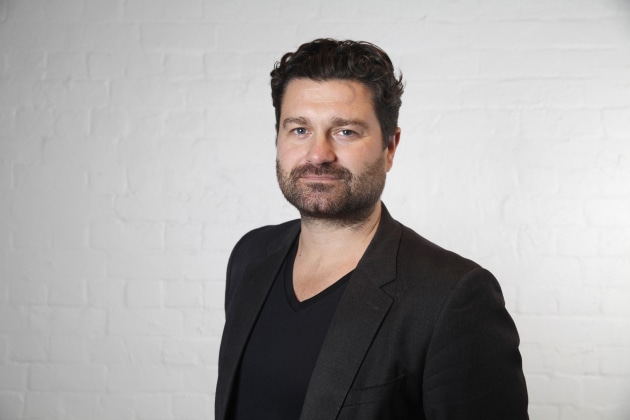 Could a paywall make up for ad revenue decline?

The Guardian has resisted the introduction of a paywall for years, turning to reader contributions as the answer to its ad revenue woes.

“Four years ago when we set out the plan [to launch in Australia] we had to weed ourselves off a dependency on advertising,” Pemsel says.

“The Guardian had a fantastic print-to-digital story, being the third largest English speaking news site in the world, but reach in the new economics of advertising was not translating into cash.

“We realised we were big and had a great journey but the ad model was not going to give us reciprocal value for that, with Facebook and Google taking all the growth.”

As a result, The Guardian has been focused on growing its reader contributions revenue, as well as other revenue streams, such as branded content through its Guardian Labs team.

Another answer to the monetisation troubles that face the industry is the introduction of a paywall. Publishers have warmed to the idea of paywalls in the last 18 months, with News Corp, Fairfax and other global players, like the New York Times, finding consumers are more prepared to pay for quality content.

“The problem with the binary nature of paywalls is that if you put up a paywall, you create friction and inevitable you lose your ability to talk on a global stage,” McClelland says.

A paywall doesn’t quite fit The Guardian’s current contribution model, but Pemsel doesn’t rule out its possibility in the future.

“We don’t take anything off the table,” he says.

“One of the main reasons people feel compelled to support The Guardian is actually to keep us open. So if we did put up a paywall, it would completely break that very close relationship we have with our readers.

In his new role, McClelland is exploring future revenue streams for The Guardian, ensuring the publisher doesn't become complacent or reliant on reader contributions and custom content.

While he remained tight-lipped on what these ventures will actually looking like, he says they could be commercial models unrelated to news publishing or advertising, but can offer a viable way to fund The Guardian's journalism.

"The Guardian will have no debt, no pension deficit and considerable funds in the bank. It's a blank canvas for me," McClelland says.

Globally, The Guardian has set up Guardian Media Group Ventures, which is a $50 million dollar fund that gives the company the ability to invest in start-ups. McClelland will work alongside the ventures team to explore new business opportunities.

As McClelland shifts back to the UK, the business is currently on the hunt for a local managing director, with his replacement set to be announced at the end of March.

"We have a diversified revenue stream which means the skills we need for a managing director is not just someone who understands the market. It's around reader engagement, conversion funnels, understanding of data and also a philanthropic understanding," Pemsel says.