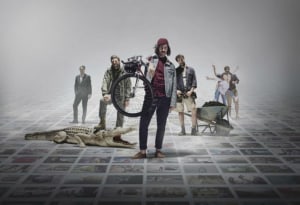 An ad for every personality

This first appeared in the April issue of AdNews Magazine.

CHE Proximity’s latest campaign for Carsales is as complex to explain as it was to create. In fact, it was so intricate itpushed Facebook’s API to the limit, stated the agency’s chief creative officer Ant White.

In five days, the campaign created around 550,000 unique ads. Due to these large ad volumes we had to design bespoke a piece of technology to allow AutoAds to be successfully uploaded to Facebook.

“So, we had to go back and design a piece of technology that would allow it to be uploaded because nothing like this had ever been done before.”

The campaign paired pre–recorded footage of comedian Kai Smythe with the seller’s own photographs of their car via a purpose–built algorithm that automatically pulled in the seller’s name, car type, price and odometer reading, to create a unique car ad for each Carsales customer.

Once someone finalised their car listing on Carsales, within minutes they received five options of a polished 30–second ad for their own car built by the algorithm and were encouraged to share the spot on their social media platforms.

It’s not an opt–in service, rather it’s automatically made and emailed to the customer.

The algorithm, which CHE Proximity built after the realisation there was no technology out there that could facilitate the campaign, gives the option of 1.2 trillion unique car commercials, with no two ads ever the same.

It’s a big number, but one White stands by, explaining that each element of the ad, from visuals to the script, has at least five to 200 variables. “It’s personalisation at epic scale,” he said.

Car listings is a competitive space and with its closest competitor, CarsGuide, taking a swipe at Carsales with cheeky marketing tactics, and with other players like Gumtree and Facebook Marketplace moving into the space, the brand needed to go all out or go home.

“On the surface, you look at Carsales and CarsGuide and might not know the difference,” White said, so the campaign, he added, was designed to get the brand to stand out.

White said CHE, which also works with Mazda, aimed to have some fun in the category, which he says can take itself too seriously at times.

“It’s not an attack on new cars, but it’s definitely a piss–take be-cause when you cut from big, expensive shots and a big, dramatic actor to a still photo of a stained seat, it’s just funny,” he explained.

The comic aspect of the campaign, White said, almost masks the complexity of the technology behind it.

“There’s a juxtaposition of a used car getting a big, expensive–looking ad and the smarts of 1.2 trillion variables running in the back–end,” he said.

“At first glance, it can appear like just another one of those build–your–own–ad ads. Like, we’ve seen them at the Super Bowl for Tostitos and things like that, but it’s so much smarter than that.”

So far, the campaign has been picked up by Weekend Sunrise, and with a media budget of less than $300,000, the content has attracted more than 4.1 million video views. The campaign is still generating more than 5000 ads per day.

Just last week, the AutoAds campaign won top honours at The Caples Awards in London, taking out the Best in Show award.

“We were excited by the AutoAds concept straight away; it’s a perfect marriage of tech brilliance and creativity in a marketing campaign. Personally, I fell in love with the concept at first sight because it appeals to the innovative DNA within Carsales, and was a perfect way to bring our brand personality to life," Carsales CMO Kellie Cordner said.

"AutoAds is a modern take on our Carsales For Sale Sticker, which we send to our sellers to get the word out that their car is for sale. At Carsales we felt that if we created a fun, unique and personalised free ad, our sellers would be willing to share it with their friends, and in the process, Carsales would have the privilege of being present in a positive and engaging way on people’s social media feeds.”

The campaign has also piqued the interest of other marketers like IAG CMO Brent Smart, who asked for a glance over the case study after seeing it posted on LinkedIn. But, White realises the idea isn’t right for every client.

“Personalisation is key. If you’re giving something to someone, it just feels right to help someone sell a car rather than just making a dynamic video for a chip brand or a cola,” he explained.

“It’s not a race to the bottom of creating dynamic ads.”