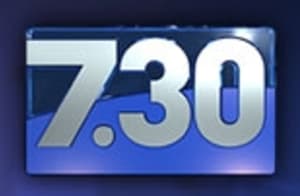 The ABC has been pinged by regulator the Australian Communications and Media Authority for not providing an opportunity to respond to claims made in the 7.30 program.

The show broadcast on 9 December in 2013 took aim at MyBudget as part of a story on the rise of commercial management firms providing financial services to people in financial difficulty.

ACMA found there was no issue with accuracy or impartiality of the story in question.

In response, the ABC has undertaken to place an editor's note on the transcript of the segment acknowledging the ruling from ACMA, along with a note on its ABC Corrections and Clarifications page.

The account will be run out OMD Word's Sydney office, and newly promoted head of OMD Word Tom Hutley said the account would allow it to show off its return-on-investment expertise.

"Social ROI is an area we're constantly being challenged by our clients [on], so we're genuinely excited with the opportunity to demonstrate our credentials for this e-commerce giant," Hutley said.

Freeview has taken out a gong at the International Interactive TV Awards for best enhanced TV service.

Its FreeviewPlus service took out the award in Paris overnight, with CEO Liz Ross saying the competition was fierce.

“We are thrilled that Freeview’s commitment to delivering the best interactive TV experience has been recognised at the International Interactive TV Awards,” Ross said.

“Competition was fierce in the categories and it’s an absolute honour to be considered among the best in the world.”