When the Olympic games finish, the real TV competition begins 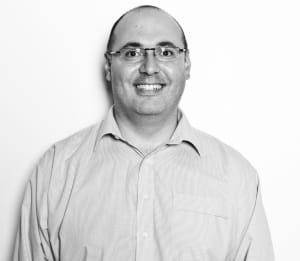 Traditionally, November has been upfronts season in Australia. The networks talked up the new television programming that would launch in February and the agencies geared up for the big sell. This year, the script is going to get flipped. The biggest week in the television calendar will kick off 21 August.

For months, it has been all eyes on the Olympics as brands and Network Seven look to cash in on the biggest sporting event in four years. However, when the games finish, the real competition is going to begin.

The first week following the Olympics will mark the start of one of the year’s most competitive television periods and I’m willing to predict Q3 will give Q1 a serious run for its money. It will be the week that determines each network’s revenue position for not only the quarter but potentially the remainder of the year. And perhaps most importantly, this will see a shift in the TV landscape that’s likely to continue well beyond 2016.

Following the 2012 Olympics, rights holder Nine launched its family-oriented take on Big Brother. The ability to promote the show during the games helped to deliver considerable audience growth for the network compared to its pre-Olympics numbers. Elsewhere on the free to air spectrum, following the 2012 Games, Seven launched a new series of X Factor while Ten lacked any significant content offerings which led them into one of the network’s more challenging periods.

This year, however, it’s not just the rights holders using the Olympics as a springboard to Q3. All of the networks are getting ready to launch a slate of new programs. During your Olympics coverage, expect to see plenty of promos for Seven’s The Big Music Quiz and Zumbo’s Just Desserts.

While over on Nine, the torch will be passed to The Block and a new series of Married at First Sight. Ten is also in the mix this year with The Bachelorette and Australian Survivor expected following the sporting extravaganza. To generate awareness for these post-Olympic launches, both Nine and Ten are likely to go beyond their own assets, relying on radio, out-of-home and digital to really drive audiences.

This is part of a greater trend as the networks come to terms with the fact we can no longer wait for the once a year reveal. This year, we will see the start of the year of two halves.

Whether Stan, Netflix and the like are driving this change as Carat Melbourne’s Paul Wilkinson has said, the truth of the matter is TV content needs to be switched on all year round. As such, I’m tipping Q1 and Q3 are destined to become network launch periods not only following the Olympics every four years but every single year. This will allow promotion of the following year’s slate to start even earlier shoring up audiences for many months to come. It’s already on the agenda for Nine as they look to make up for lost 2016 revenue share.

With new, fresh and exciting content on offer for Q3, and each network having a point of difference, our jobs as media buyers get just that little bit easier. Here’s hoping this is the strategy that sticks so audiences can enjoy content all year round. But for now, the question remains, which network will take gold in the second half of the TV ratings year?