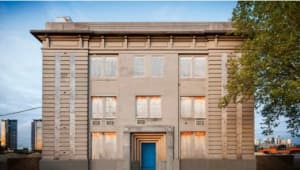 Contestants on The Block will work on this derelict soap and candle factory in Melbourne.

The show, which begins 21 August, pits five teams of renovators in a battle to modernise a derelict soap and candle factory Melbourne.

Telstra and holiday rental site Stayz join the show with the rest of the partners returning for another season.

Domain will showcase a weekly 360-degree photo series that brings viewers closer to the Sunday room reveals and McCafé will feature The Block resident 'Foredan', Dan Riley in TVCs and a weekly content series on 9Now.

Suzuki will supply cars on the show and Stayz will offer viewers the chance to win accommodation at The Block in an apartment of choice.

Nine executives will be hoping for a strong performance from The Block after a difficult year in which some shows have not performed up to expectations. When AdNews spoke to Nine's chief of sales Michael Stephenson earlier this year, The Block was cited as a 'bankable' show in a run that included Reno Rumble and The Voice.