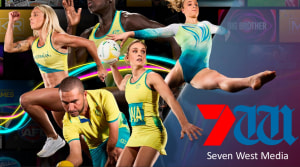 In a presentation to the Macquarie Australia Conference, the company lifted the EBITDA (earnings before interest, taxes, depreciation, and amortisation) forecast for the full year to between $335 million and $340 million, up from previous guidance of between $315 million and $325 million.

CEO James Warburton: “The earnings upgrade reflects the strength of advertising markets and the ongoing success of Seven’s broadcast and digital businesses.

“The recent acquisition of Prime Media Group, coupled with the winning performance of the Seven broadcast television business and the strong growth of 7plus, make SWM the undisputed leader in the national total television market – a position that we plan to build on in the future.”