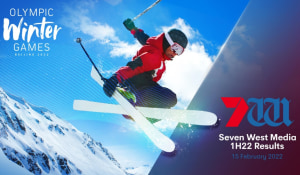 Seven West Media posted an almost 48% jump to $128.7 million in underlying net profit after tax for the half year to December.

And the momentum continues. In the current March quarter, television ad bookings are 13% ahead of a year ago,.

CEO James Warburton: “This result reflects the successful execution of our strategy over the past 30 months.

"We have a television network that has returned to the #1 position in a robust advertising market; a fast-growing digital business that now makes up 35% of earnings; a turnaround at WAN; and a team focused on growth.

"We have completed the acquisition of the assets of Prime Media Group, which unlocks an unrivalled opportunity for the business to capture a greater share of the $3.8 billion total television market.

“We had an amazing start to the financial year with the Olympic Games Tokyo 2020, which was the biggest television and streaming event in Australian history.

"The Voice exceeded our expectations, becoming the #1 regular series of 2021, while the AFL Grand Final was the #1 program of the year. Our new entertainment schedule is driving television ratings gains and significant growth for 7plus.

"Over 11 million users are now registered on 7plus and we expect this to grow further with the Winter Olympics in Beijing.

“Seven returned to the #1 position in ratings leadership for the fiscal half and the 2021 calendar year, which was a significant achievement.

"The TV advertising market was very strong throughout the year. For the six months to 31 December, the markets were up 13% in metropolitan, 7.2% in regional and 58% in BVOD.

"SWM outperformed the market growth in every segment. In the metropolitan market, our 40.3% share was in line with our forecast." 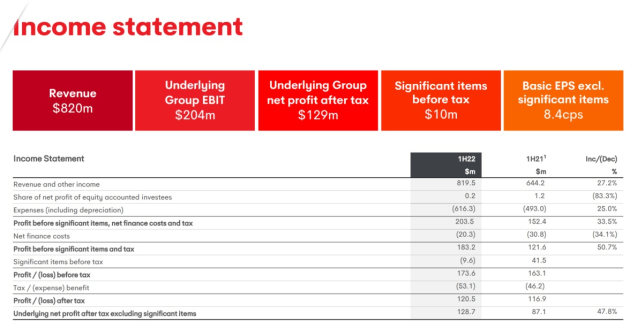