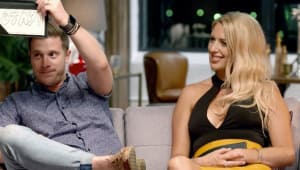 Nine will be hoping Married At First Sight's ratings success will hang around for the rest of the year.

Married At First Sight has posted its largest metro audience of the series to win across all demos on Sunday night and lift its series average above one million viewers.

The show has also smashed records as the highest rating show on catch-up since OzTAM VPM ratings records began.

This sets up the ratings year nicely for a much closer battle than in 2016.