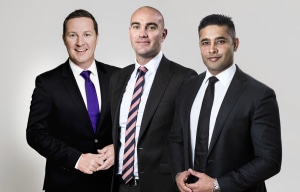 Network Ten is to focus on "big event sport" in 2019, as it looks to build a fresh strategy following the acquisition last year of rights to the Melbourne Cup.

Last year saw Ten shake-up its sports rights deals, as the business looked to find a new sporting code to fill the gap left by the end of its Cricket Australia deal to broadcast the Big Bash League (BBL).

The answer came in the form of a new partnership with Racing Victoria, which would see "the race that stops the nation" return to the network following a long-standing agreement with Seven.

"If you go look at the cricket, a lot of people asked what are you going to do? However, looking back, the team have agreed that in many ways we probably dodged a bullet with cricket," White said.

"There wasn't a mad rush from us to try and plug the hole and stop the water from flowing at all. I think it made us sit back and look at what we had, what was available and what worked for us."

Prosser said that there was already an intention to strategise, and while the loss of the cricket rights may have triggered a bigger conversation, the development of its in-house sales team was always going to require the network to rethink its options.

He said it's not about whether it would be easier to sell a period of time around sport for Ten, it was about creating a different market proposition that would back its 52-week-a-year "alternate programming" strategy.

According to Prosser, this is what made the Melbourne Cup such an attractive buy. He believes it will act as the launchpad to promote new programming right through to the end of summer.

As for the hefty price tag that came with the rights deal, $100 million over five years, and market criticism, Prosser said there was no need to justify the decision, as the network had already begun to see "strong client interest".

"We don't really need to justify it because it's already become a really good investment and the upside is that it's attracting a whole new raft of clients that we haven't been speaking to for a long time, particularly around the betting category," Prosser said.

"There's been so much speculation around the deal and how much we paid for it. We are the primary rights holder and that gives us another opportunity to sub-license and so forth, so there are different ways to skin a cat. We don't necessarily pay for all of it."

Prosser added that the Cup itself, also tied in with Racing Victoria's strategy to connect with younger audiences and draw in further membership from the under 35s demographic.

White agreed, adding that Ten's demographics will also factor into how the network approaches new rights opportunities, whether that be locally or internationally, through parent company CBS, stating that "nothing is off the table".

As for the structure and market approach of the new sales team, Malik explains that the team will focus on a new 'all access' approach, which will connect clients looking to buy into its sports assets, with the entire portfolio of Ten's entertainment content.

Malik, who joined Ten earlier this year from ARN, said the "big event" strategy relied on clients being able to access a variety of the network's assets that would complement their campaigns.

This could include a fashion brand being given integration opportunities in programming during the lead up to the Cup, then being able to activate throughout the carnival, both in broadcast and on-ground.

Ten will also rely on its ancillary programming, such as the recently relaunched Sports Tonight and motorsport program RPM, to provide advertisers with consistent engagement for dedicated sports fans.

As part of the new sales strategy, both Malik and White will work closely to develop "clever integrations" for brands, tapping into White's dual role as both the leader of the commercial and production teams in the sports division.

"That's something that Matt and I have been working on closely, creating an opportunity for clients to be part of the conversation to what Matt can bring to life bring to life on screen and then executing that commercially," Malik said.

"By Matt having a strong understanding of both sides of the business, he can help shape out what may be a bold integration and ensure that the message doesn't get lost during a broadcast."

As for the future of the Ten sales team, Prosser and Malik agree that it is still about educating the market on what Ten will be doing differently and shaking off some of the previous legacy deals clients may have had in place.

Prosser believes, while the team "won't get it 100% every time", the business is in a position to be nimble enough to adapt and adjust to changing client needs.

"We have had a sales team that has been selling across Fox Sports and Ten until only recently," Prosser said.

"In terms of that separation, there's a little bit of uncertainty what that will look like for clients but I think it's the more we get out there and the more we communicate, the more it will make sense. So for us, if anything, we'll be convincing our clients that our offering is certainly superior and the numbers will do the talking."