Ten pips Seven to the post for Melbourne Cup rights 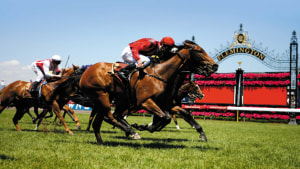 Network Ten has nabbed the broadcast rights for the Melbourne Cup from Seven, with the "race that stops the nation" set to swap channels from 2019.

This will be the first time Seven has been without Australia highest-rating horse race since 2002, with Ten shelling out what AdNews understands to be signifantly more than $10 million dollars annually.

The deal is believed to include the week-long Melbourne Cup carnival, as well as other Group 1 race days such as Victoria Derby Day, Oaks Day and Queen Elizabeth Stakes Day.

"We are proud of our award-winning racing coverage, but as we have consistently said about the economics of sports rights, the deal must make commercial sense or we will step away," a spokesperson from Seven said.

"While another party has placed a far higher valuation on these four afternoons of television, we will do what is financially responsible and right for our shareholders."

Seven remains will continue to broadcast over 40 Group 1 races including The Sydney Autumn Racing Carnival, Caulfield Cup and Caulfield Guineas and the Cox Plate.

Ten has been approached for comment. More to come.