Kyle Sandilands to star on new TV show on Ten 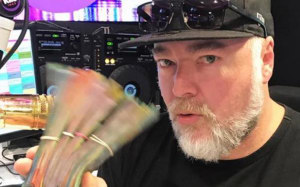 Radio personality Kyle Sandilands is returning to Network Ten for a new program, 'Trial by Kyle'.

Sandilands announced the program this morning on his Kiis radio show with fellow presenter Jackie O.

He surprised co-host Jackie O during her ‘O News’ segment, revealing he has signed up to do one show and explains the concept is similar to ‘Judge Judy’, where people come to him for arbitration.

“I hold grudges normally, well a lot of people think that, but I don't because I am returning to Channel Ten, the people who terribly fired me back in the day," Sandilands said.

"If I held grudges why would I go back to a network that treated me so badly?"

Jackie O responded by stating, "Because they are paying you money".

Sandilands added that he may call in experts to help, such as Jackie O and long-time Sydney club owner and underworld figure John Ibrahim, who could be called upon about issues related directly to them.

"People will come in with their neighbourhood disputes, maybe some girl got a tit job and wants to sue her doctor cause it's a botched job," he said.

The radio star was famously fired from Ten's Australian Idol in 2009 after he inappropriately questioned a 14-year-old girl about her sexual assault.

AdNews understands the new show is part of Ten's new 'pilot week' format which it announced at its upfronts last year.