Telstra's Thodey replaced by CFO – not a marketer 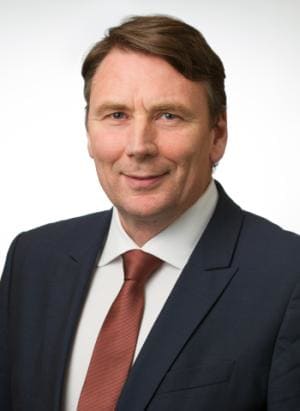 Telstra CEO David Thodey - is often recognised as one of the most transformational CEO's in Australia for shifting Telstra to a more customer focused organisation – is retiring. Despite the fact that Thodey was a big supporter of marketing throughout the organisation – his replacement is the former CFO. Andrew Penn will take on the role on 1 May and be based in Melbourne. Thodey will remain in the business until August.

David Thodey – who lead much of Telstra's push into digital and overhauling its operations was a strong champion of marketing.

His high regard for marketing as a business driving discipline, rather than a cost centre, is evident. In October last year Thodey highlighted customer advocacy is one of three core strategy pillars for driving growth, saying: “Customer advocacy is our highest priority and we see it as not just serving our customers better, but providing such great service that they are willing to be advocates for Telstra,” Thodey said. “We are committed to building Telstra into a business that has the customer at the centre of every decision, every action, every opportunity, every day.”

He brought in former CMO Mark Buckman to supercharge Telstra's marketing activities and promoted him to the executive committee in March last year before he departed for London.

Thodey also hired in his replacement Joe Pollard to oversee marketing and media.

Telstra's value has more than doubled to $80 billion since Thodey took on the CEO role six years ago.

Thodey – who has been replaced by the CFO - is due to be mentor of the just launch Marketing Academy programme for future marketing leaders – it;s not known if he will continue to be part of the scheme offering one to one mentoring to the next generation.

The mentoring programme aims to help marketers skill up to be better placed as future CMOs and board level business leaders. The hope is that with better leadership training, more CEOs will come from marketing backgrounds rather than the more traditional route of the finance side of the business. The 3o young marketers that made it on to the programme were announced yesterday.

“Our journey to being a world class customer service organisation is generational progress. We have achieved much change but there is a lot more to do,” he said.

“We have provided customers with outstanding connectivity choices, a world class mobile network and new technology to make their lives easier. Andy is ideally placed to keep Telstra on that journey

Penn is a former Group CEO of AXA Asia Pacific, has more than 30 years’ experience in Australia, New Zealand, Europe and across Asia-Pacific in roles including chief executive, finance, strategy and other executive positions.