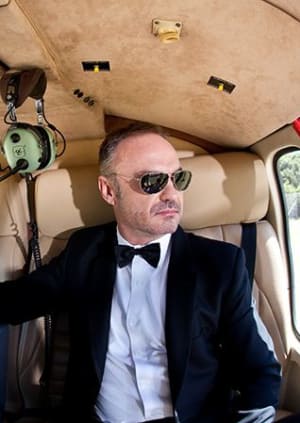 Telstra's Group managing director, media and marketing, Mark Buckman, has resigned from the telco to move to London after being elevated to the senior executive role just five months ago.

AdNews has confirmed he has tendered his resignation and is believed to be making the move for family reasons.

In a statement to AdNews Telstra said: "Group managing director, media and marketing, Mark Buckman, has made the personal decision to relocate to the United Kingdom based on family reasons." Gordon Ballantyne, group executive of Telstra Retail thanked Buckman "for the outstanding contribution he has made to the company".

“Since joining Telstra as the Chief Marketing Officer in 2011, Mark has played a pivotal role in helping to transform the company into a vibrant and engaging brand and an organisation with innovative and creative content for the customer," Ballantyne said.

"Mark’s success as CMO led to the expansion of his portfolio and responsibilities in 2013 when he was appointed Head of Digital Media and IPTV in addition to his CMO role. He oversaw the launch of T-Media, the new online home for Telstra’s premium content partner brands in news, sport and lifestyle and increased growth in Telstra’s IPTV in Australian homes. Mark was appointed to the CEO Executive Committee as Group Managing Director, Media and Marketing in March 2014, taking responsibility for all of Telstra’s brand and digital media growth activities.

“Mark has left a wonderful legacy at Telstra, and this extends to the extremely capable and talented teams he has led,” said Mr Ballantyne.

“We are working with Mark on a smooth transition over the coming months.”

Buckman took over the Media role after the resignation of Rick Ellis earlier this year, giving him oversight of Telstra's fastest growing segment of the business. He was subsequently appointed to the telco's executive committee.

In the media role he oversaw a team of more than 500 people and was accountable for revenues nearing $1 billion.

Buckman had a meteoric rise through the ranks of Australian marketers after making his name at McCann Worldgroup, where he eventually became chairman and chief executive of the Pacific region.

He surprised the industry when he moved client-side, joining the Commonwealth Bank as chief marketing officer in 2005.

Over six years at the bank he shook up its marketing function, controversially appointing US agency Goodby Silverstein to the account in a move that angered many Australian agencies.

Buckman joined Telstra in 2011 and has overseen a reconnection of the brand with consumers.