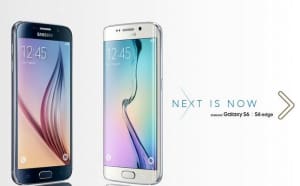 Telstra and Optus have rallied around the launch of Samsung's latest handsets the Galaxy S6 and the S6 Edge offering extra data, and video streaming deals to customers that buy the handsets.

The handsets themselves come in at around $999 and $1149 outright but both networks are offering deals.

Arno Lenior, Samsung Australia CMO, told AdNews at the launch event for the handsets that there is a significant ad campaign to come to support the launches. Currently it is working with its creative agency Leo Burnett to launch the campaign over the next few weeks.

Prasad Gokhale, vice president of IT and mobile at Australia, yesterday outlined the new handset’s features emphasising that the devices have been developed building on user feedback from its previous devices to make sure that they work how people want them to.

“People will see Samsung in different light, leading in design, creativity and performance. We are redefining the category of mobility through mobile devices, tablets and wearables. This is the future of smartphones – it's not burdened by convention,” he said of the Edge device which has a glass screen that wraps around the edges of the device.

Gokhale claims that the device offers four hours of use from just 10 minutes of charging, making a thinly veiled jab at rival Apple, whose iPhone devices are repeatedly criticised for their poor battery life.

Ben White, vice president of mobile marketing at Optus, said, “We have packed our plans to the brim with data giving customers plenty of freedom to enjoy their new phone however they like. Streaming your favourite band’s latest songs, sharing your holiday snaps on social media or getting your daily cat video fix; it’s all possible with 6GB.”

“A Netflix subscription brings a world of entertainment right to your fingertips. An entertaining morning bus ride with House of Cards, or silence from the back seat on a family trip thanks to Frozen? It’s all possible with Optus. And on our 4G Plus network with a faster internet experience, better coverage and smoother streaming, we have everything customers want to make their Samsung phone their one stop entertainment shop.”