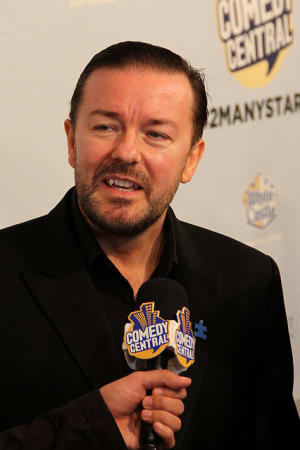 British comedian and actor Ricky Gervais has been hired by Optus to star in two pieces of digital content promoting the telco's new Netflix partnership.

Gervais stars in two different versions of the adverts (one slightly irreverent, one almost 100% irreverent) which were apparently scripted and recorded by him "in his own style".

Karen Phipson, director, Active Consideration, Optus, said: “There is no more appropriate talent in the world than Ricky Gervais to promote our partnership with Netflix. Key to the strategy was to approach this through a lens of entertainment and let Ricky interpret the message in his own style.”

The campaign was created by Emotive working in partnership with M&C Saatchi and Fuel Communications. Emotive founder and CEO Simon Joyce added: “Allowing Ricky to take control of the scripts and deliver it with his globally renowned comedy style was a bold move which could only happen with a progressive brand like Optus. We’re all chuffed with the result.”

The content will be distributed via a digital amplification strategy that includes Optus' owned assets, social media and publisher syndication.