Presto and Telstra shake on deal 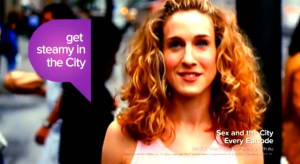 Subscription video on demand platform Presto will be re-sold by Telstra, with Presto going unmetered for Telstra fixed-broadband services.

Hot on the heels of iiNet and Optus confirming that it would not count Netflix downloads on a customer's data limit, Telstra has pulled the same trick with Presto, which it has an indirect interest in.

Presto is a joint venture between Foxtel and Seven West Media, with Telstra holding a 50% stake in Foxtel.

Telstra will now act as a reselling agent for Presto, with Telstra able to bundle up Presto with other product offerings.

It will also feature the Presto app on the T-Box, Telstra's digital set-top box, with the unit already in 600,000 homes.

Presto director Sean James said the greatest upshot of the deal was the exposure and awareness of having extra products in the marketplace.

“It is a great stamp of approval for Presto, which is backed by Australia’s leading subscription television provider Foxtel and Australia’s number one free-to-air network, Channel Seven, and will provide us the opportunity to scale the product quickly, including across mobile devices,” he said.

“We look forward to working closely with Telstra to help develop their plans to offer Presto and market the service to [its] customers.”

Initially, the Presto service is being used as an incentive to keep pre-paid customers.

Users who activate their Telstra pre-paid Freedom offer before 25 May will receive three months of the entertainment service, which includes both TV and movies, for free.

Post-paid customers, whether new or re-contracting, will also be able to pick up three months for free when they do so before 27 April.

Presto and Foxtel had previously announced the service would not contribute toward download limits for customers on the yet-to-be-launched Foxtel Broadband offering, but now it will also go unmetered on Telstra home broadband.

Earlier today Netflix announced that it would launch on 24 March, with the US saying iiNet customers would be able to enjoy the service unmetered.

Meanwhile, Optus confirmed to AdNews that it would also treat Netflix data as unmeterd for its broadband customers, while AdNews believes the network is also seeking further tie-ups with streaming services.

A joint venture between Fairfax and Nine, Stan, has announced a tie-up with Vodafone, but the exact details of the arrangement are not known at this stage.