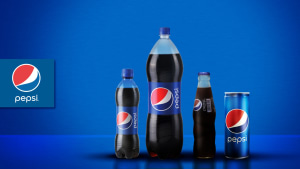 TBWA Sydney has won the creative account for Pepsico’s beverages portfolio across Australia and New Zealand.

It was an Omnicom-hosted pitch, with incumbent Clemenger Sydney defending the account against TBWA Sydney and Clemenger Melbourne.

Clemenger Sydney has held the Pepsi Max account for more than 40 years. The agency will continue to work on the Pepsico snacks brand, which includes Doritos and Cheetos.

The agency has been working on the Gatorade creative account for the past five years, which managing director Nitsa Lotus says opened the possibility to do more work for the company.

“This is a very special win for TBWA. We thank Pepsico for our partnership over the last five years on Gatorade and for giving us the opportunity to compete for the Pepsi beverages portfolio," Lotus says.

"We recognise and respect the long term relationship that Pepsi has had with Clemenger BBDO, and know that expectations will be very high."

Clemenger CEO Nick Garrett says the agency is disappointed to have lost the pitch, but immensely proud of the work it presented across Sydney and Melbourne.

"PepsiCo's relationship with Omnicom sees it regularly pitching various projects and pieces of business across the network, and we look forward to continuing our work with PepsiCo's snack brands," he says.

The win for TBWA comes just weeks after it scored the creative for Amazon.