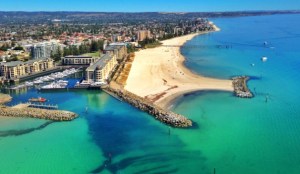 TBWA Melbourne has won the creative account for the South Australian Tourism Commission (SATC) and will open an Adelaide office to service the account, AdNews can reveal.

TBWA scooped the account against 35 applicants, including incumbent KWP.

AdNews revealed the SATC's creative account was up for grabs in October last year and at the time, KWP CEO John Baker told AdNews the agency planned to defend the account.

It comes as a blow for Adelaide-based KWP, with their contract expiring on 30 June, having held onto the account for the last decade and last retaining the business again in 2012.

TBWA CEO Kimberlee Wells told AdNews the agency was "thrilled" to win the account and looks forward to representing such an incredible client. She adds more details of the partnership and Adelaide office will be revealed in coming weeks.

While a great win for TBWA, there has been some negativity surrounding the appointment, with Tourism Minister David Ridgway telling News Corp it was "disappointing" a South Australian agency wasn't given the account.

“In its entirety, the SA government is the largest advertising client in the state. If taxpayers’ money continues to be sent east, it will adversely impact hundreds, if not thousands of livelihoods and supercharge the brain-drain,” the AADC said in a statement.

The AADC added Adelaide had become “the laughing stock of the Australian advertising industry”.

In response, the SATC issued a statement defending its decision to appoint TBWA, adding it will be also be working with local Adelaide agencies Blacksheep, Fuller and Showpony as secondary agencies.

“TBWA is part of the Omnicom Group of companies with a worldwide network of media and communication agencies allowing the SATC access to a global creative talent pool,” a SATC spokesperson says.

“The agency is equipped to meet our creative services needs in our key international and domestic markets.

“The 2020 tourism target of $8bn calls for a fresh perspective and some disruptive strategies which we believe TBWA is best placed to deliver."

The SATC review aligned with a wider review of the South Australian government media and creative accounts which is still underway.

Across the South Australian government sectors, SATC is the biggest spender on advertising, spending $6.4 million between 2015-2016 on its Interstate Tourism campaign.

In 2014, SATC was awarded world’s best tourism film for its ‘Barossa. Be Consumed’ ad from KWP.