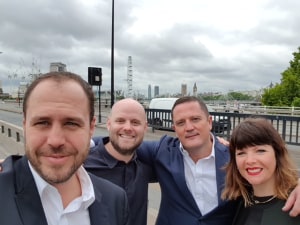 TBWA Sydney has won the global creative for The Woolmark Company following a competitive pitch against agencies from New York, London and Sydney, AdNews can reveal.

The Woolmark Company is the global authority on wool. It conducts research, development and marketing along the worldwide supply chain for Australian wool on behalf of the 60,000 woolgrowers in Australia.

The first campaign from TBWA Sydney is expected to launch in mid-2018 in the USA, UK, Europe, China and Japan.

The agency will be tasked with positioning Merino wool as the fibre of choice for the millennial market.

“The Woolmark brand is one of the world’s most iconic logos and since its creation in 1964 has been applied to more than 5 billion products worldwide,” McCullough says.

“However, the meaning behind the mark resonates less with the new generation of consumers and we are setting out to change this."

TBWA’s media partner for the pitch and the business going forward is OMD New York.

“This is an incredible opportunity for us,” Bradbury says. “Wool is the most innovative and functional fibre in the world and we feel a great sense of responsibility and excitement to communicate its story to the world.”