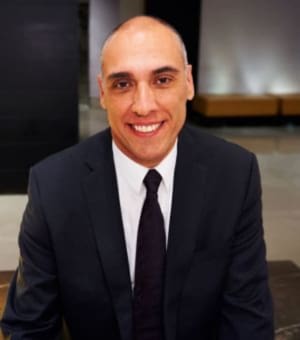 It seems adland is other another big industry player down as after three decades with Starcom Mediavest Group, its chairman SMG Australia, and director global experience product, John Sintras, will leave the network to take on a New York-based role with IPG Mediabrands.

From next year, Sintras, who is deemed one of the industry’s most respected, innovative and awarded leaders, as well as a widely recognised media figurehead, will take up a post in the Big Apple in the newly created role of IPG Mediabrands’ president, global business development and product innovation.

The chairman role in Australia will not be filled and Sintras’s global role will be taken up by US-based Kathy Kline, a current member of SMG’s Global Product Committee.

“It’s been a long and truly amazing journey with SMG in Australia and globally. I am enormously proud of the many milestones we have achieved together and I know that I leave the Australian business under the capable leadership of Chris Nolan and his executive team,” said Sintras.

“We’re really pleased that John is attracted to our network. To deliver on our global plans, we need the world’s best, proven talent and John’s track record tells us he is the right executive for this vital new role.”

"John has achieved a great deal in his career at SMG, as a leader for our business, an ambassador within the industry and philanthropist for the community," Nolan said.

“He has made huge difference to my career and personally I am proud to have had the opportunity to work with John and count him as a colleague and friend. We all wish him well with his new adventure."

In March AdNews reported on how Tajer was promoted to global CEO at IPG Mediabrands in New York, after incumbent CEO Matt Seiler elected to step down from the role.

Then, in June, it was announced that Mnet's Travis Johnson would follow Henry Tajer to New York, becoming the global head of mobile for IPG Mediabrands.

Just last month it was announced that Marc Lomas would also join pool of talent heading overseas in the wake of Henry Tajer's promotion to the top job of global CEO of IPG Mediabrands.

The former Cadreon Australia boss is set to take up a “major role in Cadreon's international operations”.

He is also expected to relocate outside of Australia, but whether or not he will be part of the new New York gang has not been made clear.