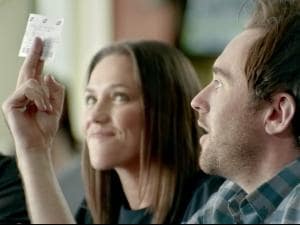 After a competitive pitch of nearly three months, AdNews understands the Tabcorp media account will stay split with OMD and Atomic 212.

AdNews reported in June that Tabcorp had called a review of its media business, placing long-term incumbent OMD on alert. OMD has worked with Tabcorp for more than 20 years as its lead media planning and buying agency.

It's thought three agencies were in the running for the whole account win, but the brand has opted to stick with two.

In March, Atomic212 picked up the programmatic buying part of the Australian betting company, worth an estimated $10 million.

It's thought Atomic, which was nominated for a Cannes Lion, will still run the digital side of Tabcorp's business, with OMD running the offline and strategy elements.

The pitch conclusion is one of many in recent weeks for OMD, which won the $48 million Coles business from UM last month. It also scooped Target. Following a three-month competitive pitch, it also retained the media account for Village Roadshow Limited - a foundation client from OMD’s entry into the Australian market in 2000.