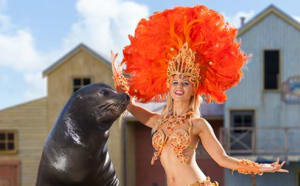 Following a three month competitive pitch OMD has retained the media account for Village Roadshow Limited (VRL) -  a foundation client from OMD’s entry into the Australian market in 2000.

In the past year, Village Roadshow spent $54 million in media, according to Nielsen figures.

Off the back of OMD winning the $48 million Coles account on Monday, CEO of OMD Australia, Peter Horgan, says it has been “an incredible 24 hours for OMD Australia”, adding that it's an endorsement of the client centric model it believes in.

Director of marketing for Roadshow Films, Phil Oneile, says: “Village Roadshow operates in a rapidly changing environment and we wanted to go to market to find a media partner that was the best fit for our future.

“After a rigorous and competitive pitch process, we have decided that OMD is our preferred media agency. Throughout the entire media pitch process OMD clearly demonstrated that they are the right fit for us now and into the future. Their knowledge and passion for our brands was evident throughout.”

Managing director of OMD Melbourne, Margie Reid, says: “The VRL and OMD team have built an outstanding relationship over many years and we are delighted to see that continue. This pitch process reaffirms one of our longest standing and collaborative partnerships.”

On Monday it was announced that Coles has dropped UM, its agency of 13 years, as it handed its media account to OMD Melbourne after a lengthy pitch process.

OMD will take on the business from 1 July - the date the contract with UM runs out. Zenith had also been in the final three with much speculation in the market suggesting that the agency was the frontrunner.

Speaking to AdNews yesterday, Horgan said OMD is now on the hunt for 30 staff as it looks to find the team it needs to service the Coles business. See here for OMD: ‘We didn’t promise anything crazy’ for Coles".