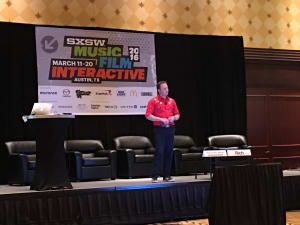 Like medicine and media, director of data science for Publicis Worldwide, Tim Rich, believes data science needs a code of ethics, to be able to move forward.

He argues this needs to be done sooner rather than later, preferably before there is a major crisis within the profession, however he doesn’t believe major platforms like Google and Facebook should be involved in its creation.

Rich was speaking at day three of South by Southwest (SXSW) Interactive and he explained that a code of ethics would not only establish credibility for the profession, it would also be a starting point for the industry to know how do deal with technology advances and certain scenarios that could arise when working with data.

Rich says that data science is steeped in moral hazard, meaning that one may take more risks due to the fact that a large bulk of the risk sits with someone else. So people making choices off the back of other people’s data.

When it comes to what Rich is proposing he showed a framework which was built around privacy, identity and community, however he says that such frameworks need to be built and torn down before something can be set in stone.

A code could be especially important because, as Rich outlined, the age of people within the profession skews younger, with more than half being under the age of 35, and the fact that profession of data science hasn't been around for very long, with the first use of data science being documented in 1996.