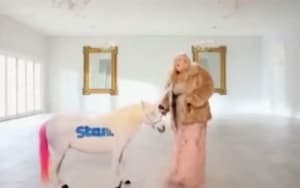 Streaming video on demand (SVOD) platform Stan will seek to add Telstra onto the roster of telecommunications players it is working with, under a deal under consideration by the Australian Competition and Consumer Commission.

It had filed an exclusive dealing application with the body earlier this month, covering a previously-known tie-up with Vodafone.

However, it slipped in a similar application covering Telstra in February.

According to the filing:

Such a tie-up would be somewhat of a surprise given Telstra has a similar deal in place with Presto, a SVOD joint venture between Foxtel and Seven West.

Given Telstra has a 50% stake in Foxtel, many had questioned how such a tie up would work given Telstra is also reselling Presto.

Previous deals have included unmetering access for fixed line customers, but it is unclear whether this would apply to the Stan-Telstra deal.

Meanwhile, Optus has a similar arrangement with Netflix in place.

It is not known whether the Telstra deal will include unmetered access to Stan for home fixed-line customers, but Telstra has previously told AdNews that it is weighing up how it will treat SVOD traffic on its network.

More information is being sought.