Super Bowl Wrap: The brands advertising during the big game 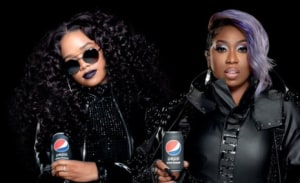 The Super Bowl is still over a week away but brands have already been rolling out teasers for their campaigns.

The average price for a 30-second spot during last year’s game was a reported US$4.5 million.

This year, reports are putting ads from US president Donald Trump and running candidate Michael Bloomberg at US$10 million each, as the nation prepares for its presidential election later this year.

Also joining the game is Pop Tarts and Facebook. Both will be airing their first Super Bowl campaigns this year.

We’ve put together a list of all the Super Bowl ads that have been revealed. Check back regularly as we’ll be updating the list live on game day, February 3.

Facebook
Facebook has used comedian Chris Rock for its first Super Bowl ad created by Wieden+Kennedy. The social media giant released a series of 15-second teasers featuring Rock, however, Sylvester Stallone is also expected to feature in the ad after sharing behind the scenes footage on Instagram.

Heinz
This year Heinz won’t be releasing just one ad for the Super Bowl. In a 15-second teaser, the brand tells viewers to prepare to watch four ads in a campaign created by Wieden+Kennedy New York.

Olay
Olay is back at the Super Bowl for the second time with a 30-second spot created by independent agency Badger & Winters. A teaser for the ad features famous faces such as Taraji P. Henson as a group women head out to space.

Planters
Planters had planned to kill off its famous mascot Mr. Peanut for its Super Bowl commercial. However, the brand has reportedly put all campaign activity on hold after the death of basketball legend Kobe Bryant. The 30-second teaser of Mr. Peanut falling to his death sparked social media buzz, with other brands paying respect to the icon.

“There are some things just bigger than football.” #InspireChange pic.twitter.com/HIW1G15VxX

Squarespace
Squarespace is back after sitting out of last year’s Super Bowl. The brand tapped Stranger Things’ star Winona Ryder for its 30-second campaign which will air between the first and second quarter of the game.

Cheetos
Cheetos has released an 18-second teaser for its 2020 Super Bowl ad. This year it’s tapped MC Hammer in a campaign by Goodby Silverstein & Partners.

Coca-Cola
After a brief hiatus last year, Coca-Cola is back at the Super Bowl in a big way. The drinks company has reportedly taken out a 60-second spot during the game.

Pepsi
Pepsi has returned for another year at the game. This year it has enlisted Missy Elliott and H.E.R to feature in the 30-second ad.

SodaStream
SodaStream has dropped a 20-second teaser featuring Bill Nye for its Super Bowl ad. The spot is created by Goodby Silverstein & Partners.

Pringles
Pringles is airing a 30-second ad featuring Rick and Morty. The ad is created by Adult Swim, the network behind Rick and Morty, and Grey.

Budweiser
Budweiser has already released its 60-second Super Bowl ad. The campaign is a patriotic spot, showing off the “typical American”.


Porsche
Porsche has returned to the Super Bowl for the first time since 1997 with a 60-second commercial. The company says the campaign, which promotes its electric car, was created to attract new audiences.


Have something to say on this? Share your views in the comments section below. Or if you have a news story or tip-off, drop us a line at adnews@yaffa.com.au